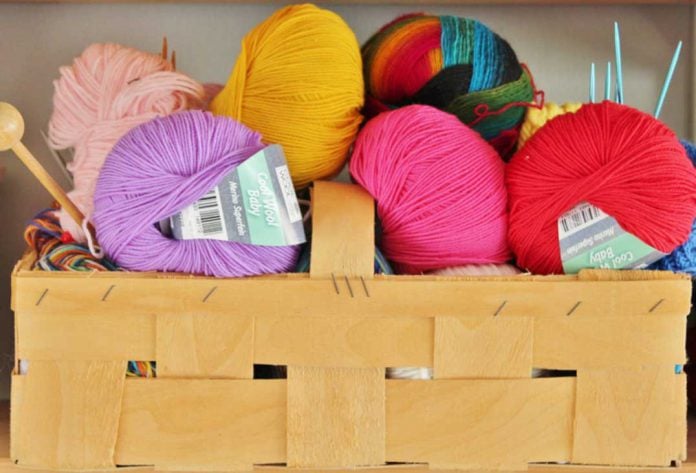 GORE BAY—Believing it is important that Manitoulin Lodge Nursing Home residents would benefit from more community involvement and should be part of Canada’s 150th birthday celebrations, a few local women have organized a challenge to do both.

“The three of us were standing around talking in Barb’s kitchen, and the idea just came out of a conversation we were having,” Sylvia Kemp (who along with Brenda Strain and Barbara Barfoot are spearheading the campaign) told the Recorder. “We just came up with the idea of the 150 Gifts of Warmth idea and contacted the Lodge about doing this. Lodge volunteer Sandy Cook, and Gloria Hall of the Lodge, were both very excited about the program.”

Copying from the “Participaction” initiative of 150 activities to do for our birthday, the volunteers have set up an effort to create “150 Gifts of Warmth” by December 2017 in support of family services, church Christmas mitten trees and any other groups needing these items for next winter. The challenge is to knit, crochet, or weave mittens, scarves, or hats for December’s warmth drives.

Brenda Strain, Barbara Barfoot and Sylvia Kemp will collect supplies and organize lessons for those residents who would like to learn. They are hoping that other people in the community would join in to help the residents meet their goal.

Community members are invited to provide supplies and to join the Lodge residents on Thursday afternoons each week to do a little crafting and visiting. Community members are also invited to supply finished items to add to the effort. Thursday afternoon sessions began March 23 and will take place between 1 pm and 3 pm in the front lounge at the Lodge.

“We are getting a lot of calls from people that want to join,” said Ms. Kemp. “All we need is knitters.”