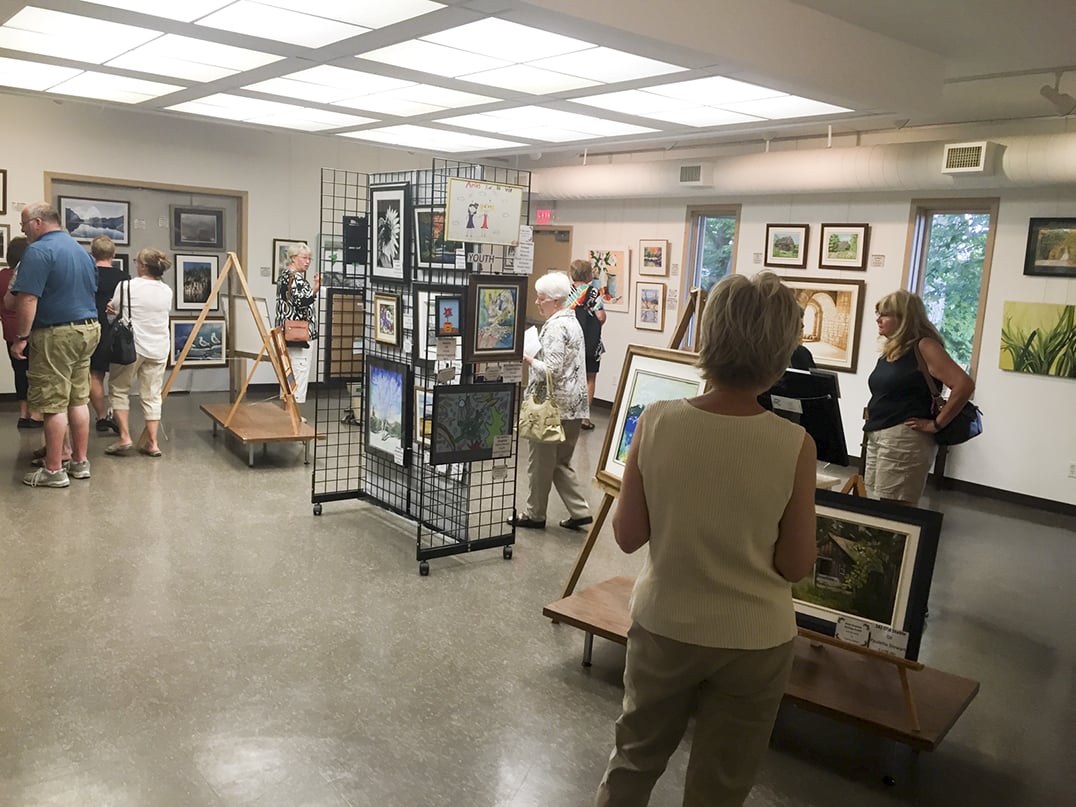 SHEGUIANDAH— It was a full house at the Centennial Museum of Sheguiandah Thursday evening for the opening reception of the 22nd annual Heritage Alive Art Show and Sale, ‘showcasing some of Manitoulin Island and area’s best artists,’ the program touts.

And indeed, the museum gallery’s walls are lined with the who’s who of the Manitoulin and LaCloche art world, and many of those artists were on hand to mix and mingle as they prepared to hear museum curator Heidi Ferguson announce the winning selections.

For Acrylic, first place went to Marcie Breit for ‘On the Hook’ with second place ‘Anne Hathaway’ won by Jessica Hoover.

First place in the Mixed Media category went to Joyce Young for ‘Jacqueline’ while second place was awarded to Kathy Dolan for ‘Fire and Ice.’

In the Photography category, Kerry Butler earned first place for ‘Jackson’s Pond’ with Claire Lefebvre taking second for her photograph ‘Looking for Lunch.’

While none of the youth were on hand to receive their award for this special category, the room gave them a round of applause for Sydney Soganich’s ‘Indian Henna,’ first, and Shayla Dennis’ ‘Best Friends Forever,’ second.

Ms. Ferguson noted that the Brian Chapman Heritage Award, named for the late artist Brian Chapman of Little Current, who seemed to always capture the Heritage Award for himself in this particular show, was this year bestowed upon Paulette Stewart for ‘Old Barn.’

Best in Show went to Marcie Breit for ‘On the Hook.’