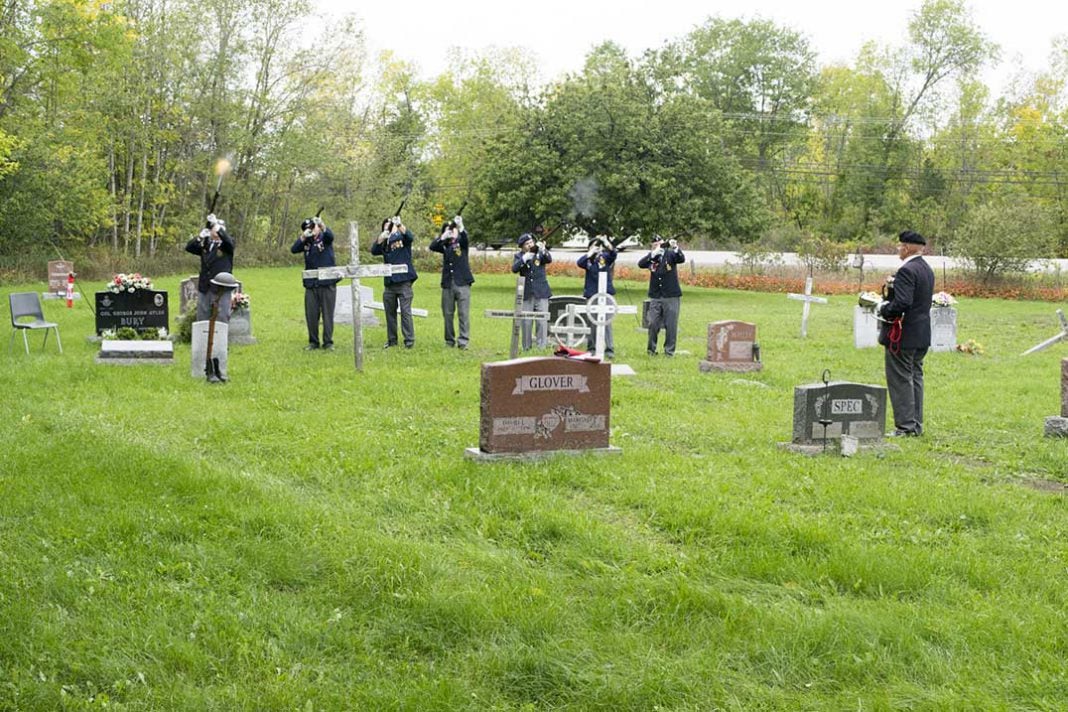 “All I want people to know is we were there too,” said Audrey Stone, Ontario Works administrator at AOK, who has been working on this initiative for months. Her father and uncle both served in World War II.

The day’s events began around 10 am when the rifle team, veterans and family members began to congregate at the Four Directions Complex in AOK. There, a new wall display that was four years in the making greeted the guests as they entered. It was made up of a large central poppy marked with the names of all the community’s veterans.

The central poppy was surrounded by a ring of smaller poppies and also featured feathers and a wooden ‘we remember’ sign to showcase the significance of the installation. The late Andrew Madahbee created all of the smaller poppies, the sign and the feathers for the wall. Richard Madahbee made the central wooden poppy and Victor King created a display case to hold all the veterans’ medals next to their names. Ms. Stone said Sgt. Wayne Golden helped to source the medals from the veterans for the display case.

She also acknowledged Alicia McGraw for making 11 poppy ribbon shirts specially for this occasion, as well as Connie Esquimaux for making knitted poppies.

AOK Ogimaa Patsy Corbiere helped demonstrate the importance of recognizing those who had served.

“The service members we honour today came from all walks of life but shared similar qualities. They possessed pride, courage, dedication to duty and integrity — all the qualities needed to serve a cause larger than oneself,” she said. “Families, you should be extremely proud.”

Following a commemorative song by a drum duo from Sheguiandah, 10-year-old Marissa McGraw stood before the hall and recited In Flanders Fields.

All guests were invited to stand in a circle around the rifle team during an honour song. Following the song, the rifle team introduced themselves to the community. Mr. Golden leads the team that consists of Paul Abbott, Ed Duncan, Dennis Golden, Maggie King, Gerrard Marion, Debra Mastine, Fred Nesbitt, Donald Patrie and Gary Trimmer.

“It’s prestige and an honour,” said Mr. Golden. “Not many people get adopted into a Native band – we perform salutes for mostly Native veterans.”

He said he formed the group to offer proper military funerals for all those who never received one, something he said was common among Indigenous people who served. The group is self-financed and does not charge for its services, though Mr. Golden said he always welcomes donations to cover ammunition costs.

“We want to honour the people who gave their lives and stepped up to the plate,” he said. “We support all veterans, regardless of their race, religion or creed.”

Mr. Golden mentioned that his rifle team is trying to get a full set of 308 rifles for its tribute; he asked anyone who might be willing to donate or sell one at a reasonable price to contact him.

The supporters in the Four Directions Complex took to the road and a loosely-assembled motorcade made its way to the community cemetery.

Cars pulled up along the shoulder of Highway 540 and in a nearby parking lot. The regiment’s members unpacked their rifles as family members and supporters filed into the cemetery plot and formed a solid line along the back fence.

The sound of bagpipes filled the air as the regiment entered the cemetery and walked over to flat ground on the west side of the plots. They assembled in a row and waited for marching orders from their leader.

A light sprinkling of cold rain began to fall onto the grass between the headstones and crosses, adding a chilling touch to the morning’s events. Families stood nearer to bask in the little warmth they had and the attendants may have felt a small sense of the discomforts and hardships their loved ones faced on battlefields across the globe.

Each received a bugle tribute and moment of silence before Mr. Golden called the seven gunners to deliver three rounds of shots. At the end of each veteran’s tribute, Mr. Golden folded a flag and presented it to the family member who was present to receive the honour. They also received a handful of shell casings from the gun salute.

Mr. King’s grandfather and great uncle fought for Canada. He said after completing basic training the brothers did not see each other again for months.

“My grandfather never talked about the war. If he did, it made him upset,” said Mr. King. He accepted the flag on behalf of Pvt. Johnson McMahon.

“I think he’d be very honoured,” he said of the salute.

“He has never really been recognized. That’s a common thing with a lot of First Nations that enlisted,” said Mr. Abotossaway.

After the round of tributes in AOK, the group moved to the Anglican cemetery just west of Little Current. There, Stanley and Richard McGraw received their salutes.

The relentless cold wind rustled through the leaves, still clinging to their branches despite the impending crush of winter. The summer may have been fading fast, but the honour these families felt as they honoured their fallen loved ones could only be called evergreen. 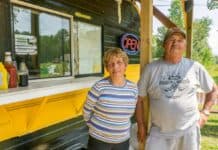 Ingrid Mahdahbee believes in fostering a strong sense of community 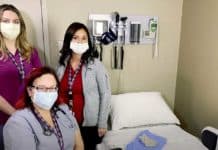 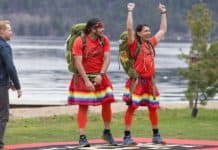 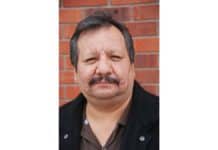 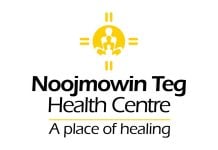