“Yes, the work has started,” said Birgit Martin, chair of MICA, on Friday of last week. “The footings have been put down and the forms for the walls are going up.”

Construction of the abattoir is anticipated to be completed by early May, as reported previously in the Recorder.

Ms. Martin pointed out that as of December 31, MICA had purchased Papa’s Meats in Providence Bay. “The farmers (in MICA) now officially own Papa’s Meats and Jim McCormick will remain in place to manage the business over the next few months before he retires.”

The abattoir will be 42 feet by 100 feet in size, and is located on 10 acres of land at Monument Road in the township of Central Manitoulin.

The abattoir was originally slated to be strictly what is known as a ‘kill and chill’ operation, but the Ontario Ministry of Agriculture Food and Rural Affairs (OMAFRA) had suggested a longer stay and thus the building will have a second cooler for any backup from processors. These drip and holding coolers will hold 15 cattle and will be situated on the north side of the building so as to not waste energy.

The building will be rectangular in shape and have a low-pitched roof, Ms. Martin explained. It is a steel pre-fab building and will have a vestibule on one side. The receiving door will be such that any length of trailer can back up to it. The plan, if all goes well, is to install a 10-kilowatt solar system on the roof of the new structure which will offset energy costs and bring in extra monies.

As well there will be a garage on site to house a tractor and other articles as there has to be an on-site compost installed along with the abattoir. This is to handle both clean offal, which may be available to the public as compost, and specific risk material (SRM) such as eyes, brains, and spinal cords which have to stay on location forever as scientists believe infectious agents of mad cow disease reside in these areas.

The slab floor for the building is expected to be poured in late February or early March.

With the purchase of Papa’s Meats, owner Jim McCormick will stay on for several months to instruct abattoir and meat shop employees who will work at both sites. And, by March 2013, MICA hopes to have renovations done at the retail store location to bring it up to OMAFRA standards from the current health unit inspection rules.

The retail store will operate as a completely separate business from the abattoir and will be a for-profit business. A call will go our shortly for a general manager and the second employee for the retail store and the abattoir. These two new employees will need marketing, sales and meat-cutting skills between the two of them. 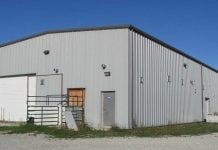 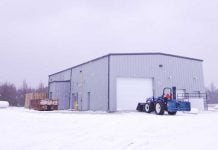 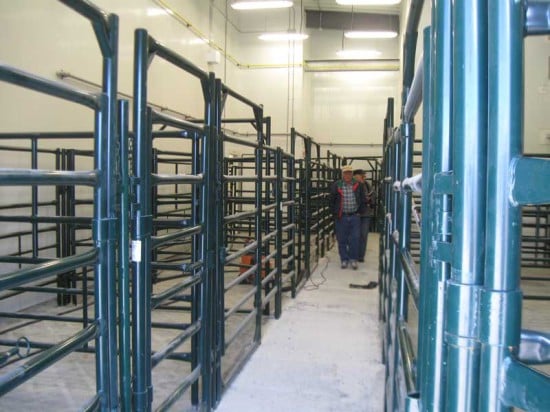