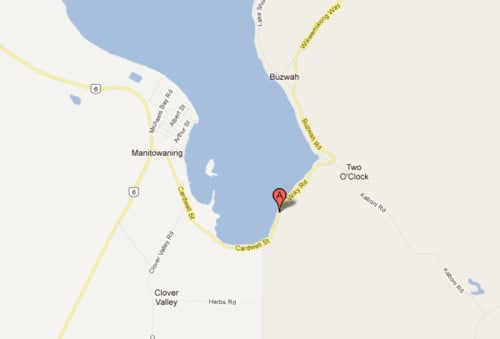 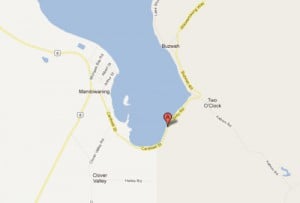 TORONTO—Though no representatives from the municipality of Assiginack attended last month’s annual Ontario Good Roads Association and Rural Ontario Municipal Association joint conference last month, clerk Alton Hobbs did travel to Toronto to meet with the honourable Kathleen Wynne, Minister of Aboriginal Affairs, in between her engagements at the conference, receiving hopeful news about the municipality’s troublesome Cardwell Street.

“Ms. Wynne was in agreement that the road was an issue that needed further discussion,” Mr. Hobbs told The Expositor. “She also said that she would try and arrange a meeting in the summer with Assiginack, Wikwemikong (which borders the road) and provincial and federal representatives.

This may not seem like a huge step forward, but it was significant to the municipality, which has tried to deal with the issue of the road for over 10 years.

Cardwell Street, the roadway which connects the Wikwemikong Unceded Indian Reserve to Meredith Street and eventually Highway 6, has been a serious issue between the two communities and became even more so when the hole-filled road was voted the worst in Ontario by the Canadian Automobile Association (CAA) in October of 2006.

In 2008, the Ministry of Transportation gave Assiginack $300,000 to resurface the road (tar and chip), a temporary situation, but due to its heavy use, it has once again become an issue.

“Engineers estimated that it would cost $2.5 million to rebuild the road,” stated Mr. Hobbs, “and that estimation was five years ago.”

Though Minister Wynne did not promise immediate action on Cardwell Street, Mr. Hobbs said he was hopeful for a solution.

“I was very happy at how Ms. Wynne and her officials handled the matter and that they will be looking further into the matter and by the potential for the proposed meeting this summer,” concluded Mr. Hobbs.

Despite repeated attempts by The Expositor, Wikwemikong Chief Hazel Fox-Recollet was unavailable for comment.

Sheguiandah protest not a Native-created problem