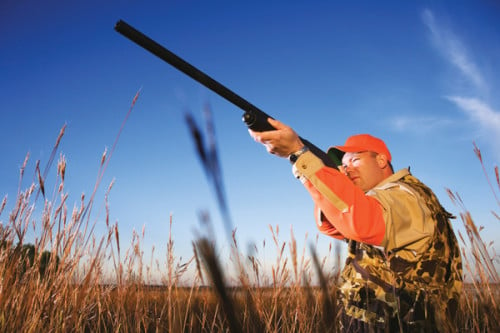 One of many changes in new firearms act

CANADA— Bill C-42, the Commonsense Firearms Licencing Act, received Royal Assent on June 18 and is now in effect resulting in many changes to the Criminal Code and the Firearms Act with the goal of improving the safety of Canada’s communities while ensuring safe and sensible firearms policies and cutting red tape for law-abiding firearm owners.

Robert Paxton, longtime PAL (Possession and Acquisition License) instructor/examiner and Hunter Education Instructor, reviewed the changes with The Expositor, stressing that many will be happy with the new bill.

“Bill C-42 was in response to many requests from sport shooters to revise the rules because they weren’t working effectively,” explained Mr. Paxton. “The government’s response was good and these new changes seem very sensible.”

One of the biggest changes, Mr. Paxton said, is that now (as of June 18) no one is able to challenge the firearms examination without taking the appropriate course, for either a non-restricted or restricted licence.

“Anyone who would like to own or use a firearm should have to take the course,” said Mr. Paxton.

“Criminal Code provisions have been strengthened relating to orders prohibiting the possession of firearms where a person is convicted of an offence involving domestic violence,” said Mr. Paxton of further changes. “Also now, POL (Possession Only Licence) no longer exists. As of now, all POL licences are deemed to be PAL licences. This means that all POL licence holders may now purchase or receive in any manner, firearms for the same class as their licence allows. New PAL licences will be created and mailed out as soon as possible, but this is going to take some time. As well, effective immediately, the changes will provide for the discretionary authority of the Chief Firearms Officer to be subject to regulations and to provide the Governor in Council with the authority to prescribe firearms to be non-restricted or restricted (such prescribing would be informed by independent expert advice). ”

“Further changes are going to be brought into place shortly with a target date of mid-September,” continued Mr. Paxton. “One of these changes is that there will be a six-month ‘grace period’ for persons whose licence has expired to renew their licence and notification to renew will be mailed out 90 days prior to the renewal date. Also, authorizations to transport (ATT) will become a condition of a licence for certain routine and lawful activities such as target shooting, taking a firearm home after purchasing or inheriting it, taking a firearm to and from a gunsmith, to a gun show, to a post office, to a peace officer, or for disposal.”

Mr. Paxton reiterated that these changes will be make things ‘easier’ and ‘safer’ for all Canadians.