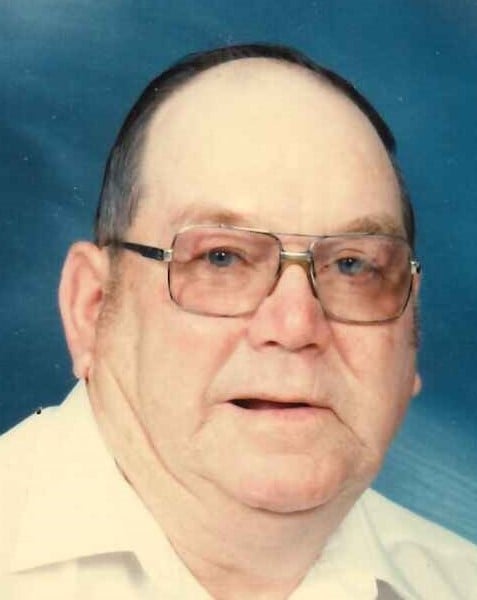 ARTHUR HERBERT HARPER
Arthur Herbert Harper passed away peacefully at home with his family by his side on Saturday, June 25, 2022 in his 95th year. Survived by his wife of 74 years, Stella; his two sons Larry (Evelyn) and Glenn (Lynda); his grandchildren Corry (Sue), Kevin (Erin), Amy, Andrew (Stephanie) and Lindsay (Jenna); Lynda’s daughter Dawn; and 11 great- grandchildren, Curtis, Liam, Lea, Lochlan, Alayna, Kegan, Hailey, Morgan, Quinn, Taylor and Ben; as well as his sister-in-law Norma Harper. Predeceased by his parents Charlie and Grace (Armstrong) Harper and siblings Jay, Bud and Bette. Art was known as “Pop” to many. He was a multi talented “Jack of many trades”, mechanic, carpenter, boat builder and fisherman. Visitation was held on Tuesday, June 28, 2022 from 7 to 9 pm at the Simpson Funeral Home, Gore Bay. The funeral will be held at the Silver Water Cemetery on Wednesday, June, 29, 2022 at 11 am. In lieu of flowers, memorial donations may be made to the Gore Bay Rotary Club (Gore Bay Medical Centre) as expressions of sympathy and may be made through
www.simpsonfuneralhome.ca.