ASSIGINACK – The timeless adage that ‘no ice is safe ice’ proved true for Haweater Scott Sprack on Saturday, February 14, when his tracked four-wheeler broke through the ice on a small back-country lake along a familiar trail he has taken countless times before, underscoring the importance of travelling with others and always respecting ice conditions.

“It makes you realize how lucky you are that the water is four feet deep, not 40. You don’t realize how fast this can happen,” Mr. Sprack, who grew up in Manitowaning, told The Expositor.

He was the passenger on his four-wheeler and was travelling alongside another man with a snowmobile. They were on their way back from a day of ice fishing after nightfall and were following their usual trail home.

Part of the trail, which is not open to the public, involves crossing a lake. That’s where the trouble happened.

“We got into some slush and it slowed the bike down and ultimately to a stop, and then the back end started going in,” Mr. Sprack said.

He noted that if the snowmobile had gotten into the slush, they can more easily climb out of the bind. The rear tracks, however, got caught on the ice and the quad came to a rest about one-third submerged.

He got the driver to jump off and make her way toward shore and then he followed her, after making sure the quad was relatively secure where it had come to rest. Fortunately, they were only about 12 metres offshore so it was only a short walk to land.

The driver was in distress because of the situation and called 9-1-1; however, with the functional snowmobile and the good state of the other travellers, they were able to get back to their camp to warm up within 15 minutes and did not require any rescue services.

“There was no risk of life, we were on shore, had enough gear and could have made a fire if we needed one, and had the ability to get back and forth to camp,” he said. “She was panicking a bit because we had gotten wet and she was afraid we couldn’t get back to camp.”

They later phoned to call off the response once the situation stabilized, but emergency workers are required to respond at that point.

For remote locations, especially on private trails like Mr. Sprack’s group was using, response times can be up to two hours. This was not ideal because the travellers were in decent condition and had to wait on the cold shore of the lake for the response rather than making the quick trip to the camp.

Fortunately, the response team arrived at the scene in far less time than expected.

“We need to thank the Howland rescue committee (Northeast Town Fire Department) and the OPP for reacting as fast as they did. By the time they found a route into it, because you have to know how to access it, it was probably within the hour,” he said. “They were fantastic; they made sure everybody was okay and got off the lake okay.”

This is the first time Mr. Sprack has ever fallen through the ice, though he used to work as a commercial diver and has spent time below the ice intentionally.

“When we came back the next day to retrieve (the quad), we figured out that it was an air pocket,” Mr. Sprack said, describing the soft spot as likely being a place where plants were decomposing underwater and releasing gases that prevented the ice from freezing.

“Talking with people later they said they’ve seen big holes in the middle, but I’ve been going there since I was 13 and I’ve never seen a single open hole, and never seen an air pocket big enough to take a bike,” the 49-year-old said.

He referenced a few spots on Lake Manitou that are known to regularly have air pockets that people will avoid as one example of how people have learned the territories in which they travel.

“It’s like that old saying of being familiar with where you’re travelling,” he said.

An unfortunate irony emerged when they came to winch the quad free of the shallow hole—they were standing right next to where it sunk in and the ice was a foot thick as soon as they got beyond the small air pocket.

The incident has reaffirmed for Mr. Sprack the importance of travelling with someone else and preparing for unforeseen contingencies.

“Had I been back there by myself, if I had to walk out, it would probably have been an hour and a half in dry clothes, let alone when I got wet,” he said. “It doesn’t matter where you are in the backcountry, if something happens you need to have a (backup) plan.”

He said he plans to explore different routes across the lake and to be a little more cautious of the path they take in the morning, when the surface is firmer.

Mr. Sprack’s experience fortunately ended without serious incident but it reinforces the adage that all ice needs to be treated with respect as the conditions can change wildly from day to day and within a foot of distance.

Manitoulin Snowdusters’ trails are now open with caution as of earlier in February, but the club is not installing picket lines across the ice because the season is ending soon and ice conditions are inconsistent after a long warm period this winter.

This story has been updated to reflect that Mr. Sprack was in fact the passenger on his quad at the time of the incident, not the driver. 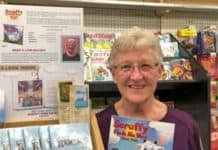 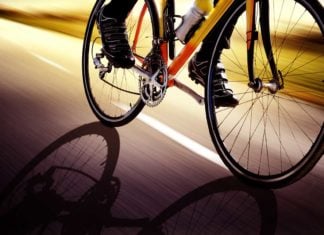 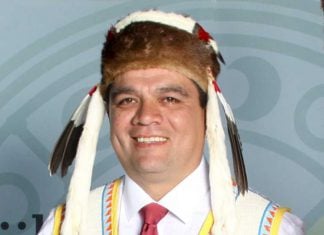