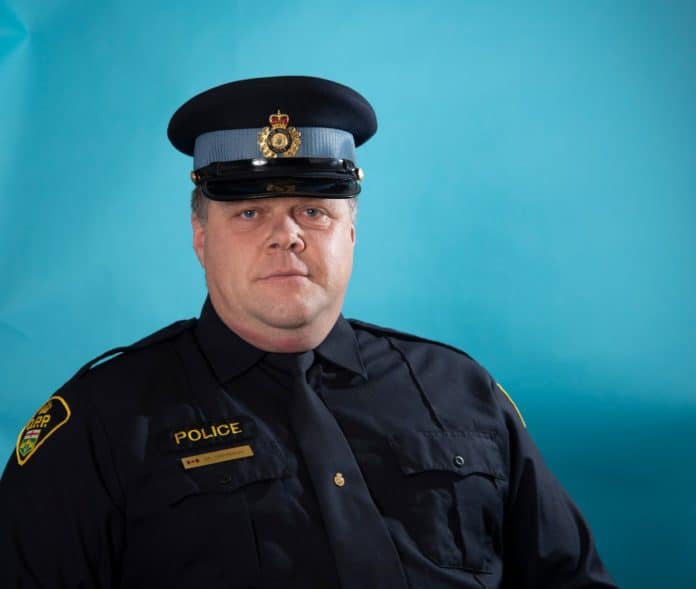 Will be renamed for Marc Hovingh’s boat, ‘River Road’

MANITOWANING—The current name of the Bay Street Marina located in Manitowaning is going to be renamed in memory of the late Marc Hovingh, the Ontario Provincial Police constable who was killed in the line of duty in November of 2020. The constable was an avid sailor.

“The municipality wanted to honour Marc and felt this would be a fitting tribute for his commitment and dedication to the community,” said Jackie White, activities coordinator of Assiginack Township. “We spoke to Lianne (wife of the late Mr. Hovingh) of our thoughts on doing something to honour Marc and discussions have been going on back and forth for over a year now. The township was privileged with the suggestion to rename the marina in memory of Marc.”

The current Bay Street marina in Assiginack is going to be renamed to River Road Marina (the name of Mr. Hovingh’s boat) in memory of Marc Hovingh, explained Ms. White.

“I think it is quite appropriate and fitting to rename the marina in Marc’s memory,” stated Assiginack Reeve Dave Ham. “And he enjoyed sailing.”

Reeve Ham explained, “we had been trying to figure out what we were going to do to honour Marc’s memory. We needed to find something to recognize his commitment and dedication to the community.”

“The whole Island is invited to participate in the dedication renaming ceremony,” said Ms. White. “Marc and his family live here (Assiginack), but he was very well known throughout the Island and his family has ties everywhere on the Island.”

The renaming of the marina will take part in a public dedication taking place on July 1 on the Manitowaning waterfront at 11:30 am.