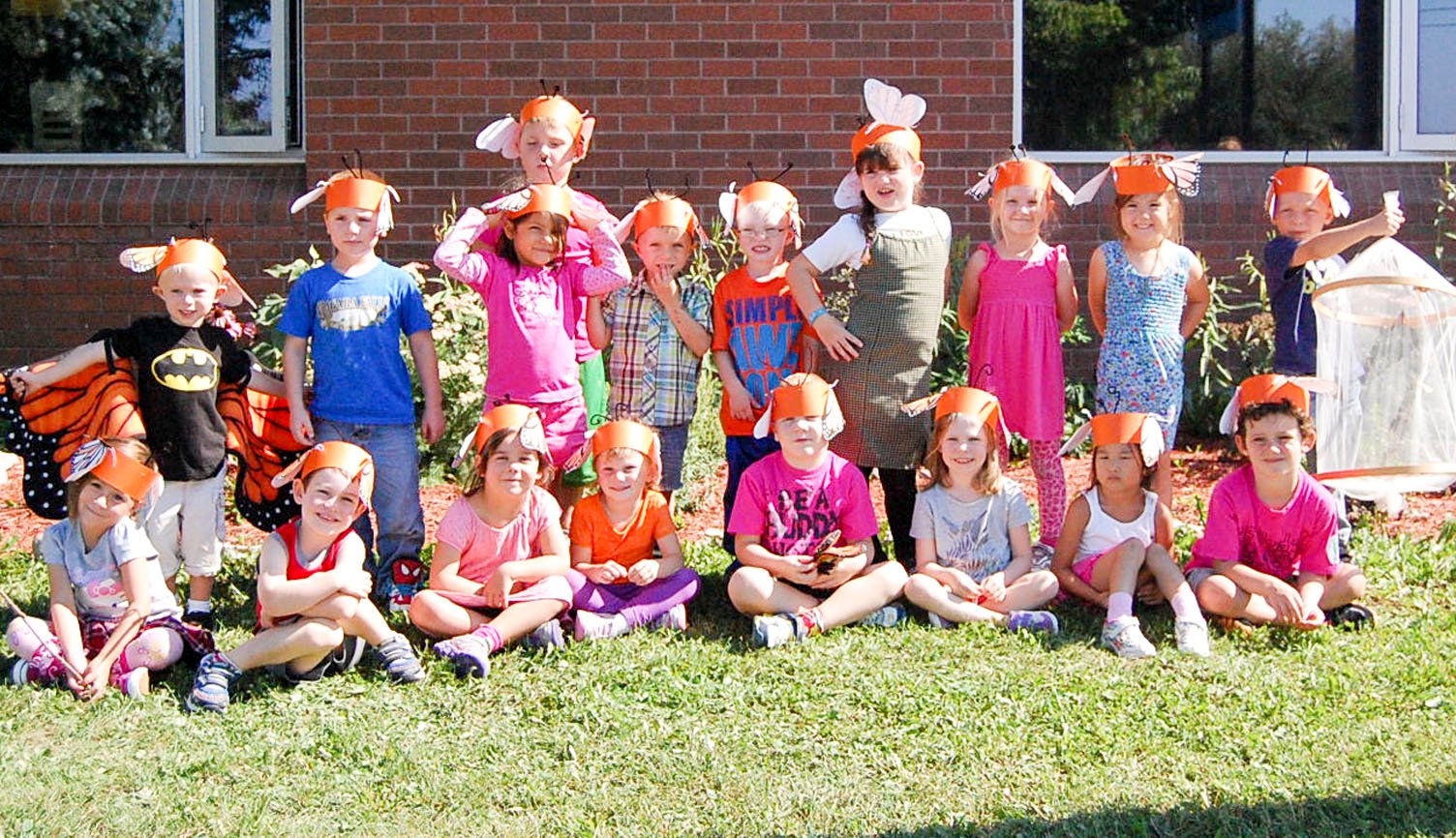 ASSIGINACK—In the fall of 2014, Mrs. Peltier and Mrs. McCarville’s Kindergarten class at Assiginack Public school cared for and raised monarch caterpillars and released them as butterflies.

The students became concerned when they learned about the loss of habitat and decline in milkweed (the butterflies’ sole food source) available for the monarchs.

In an effort to help the monarch population the Kindergarten class planted a butterfly garden in front of their classroom windows. With the assistance of the VanDenHeuvel family, the students planted butterfly-friendly flowers and milkweed.

Just before school started, Mrs. Peltier, Mrs. McCarville, Mrs. Bouwmeester, Madison McCarville and Zoe McCarville found 11 monarch caterpillars in the school butterfly garden. The caterpillars were in their fifth instar (a phase between insect development) and ready to make their chrysalises. One of the caterpillars was already contorting into a “J” form, which happens right before the chrysalis is formed. 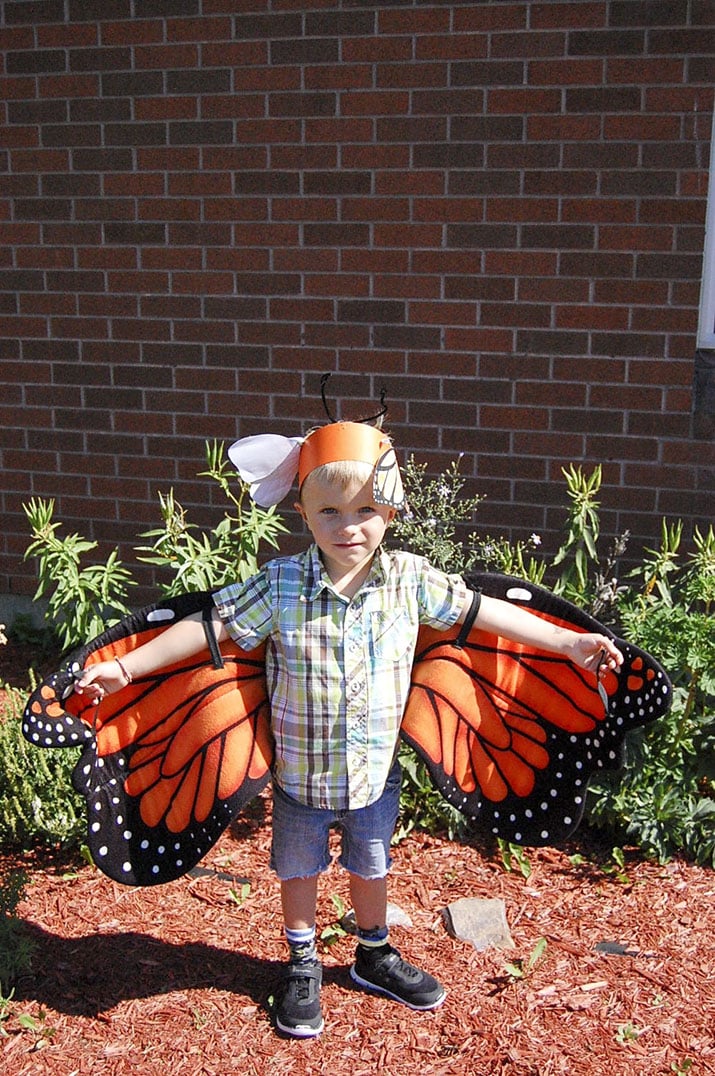 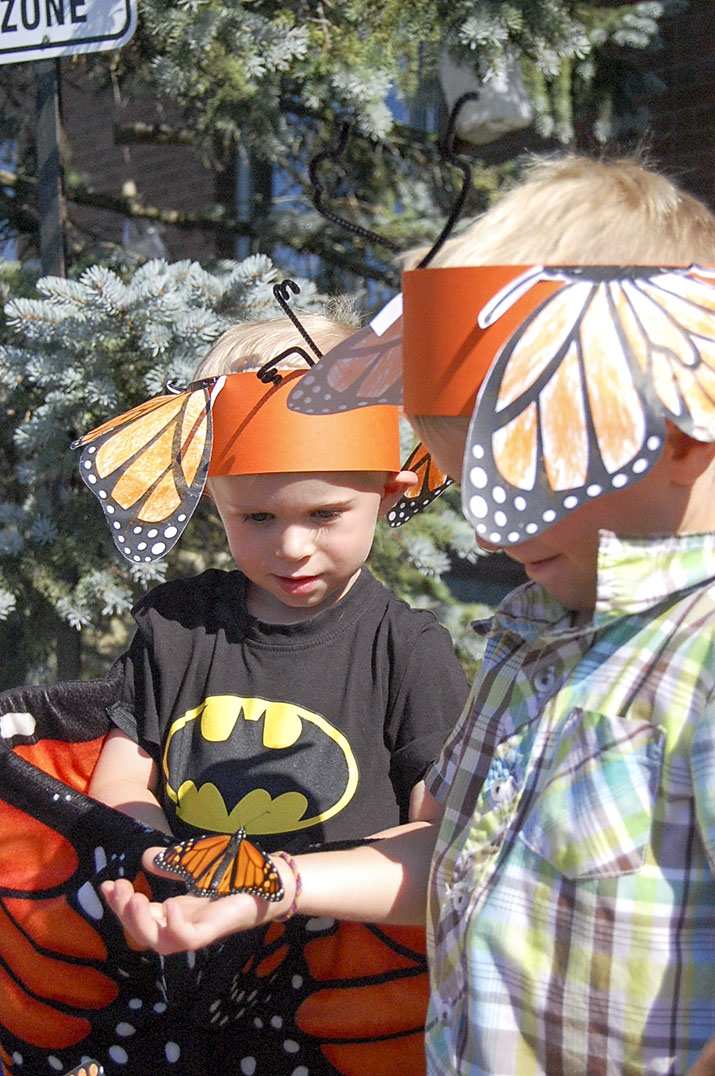 When the students arrived at school on the first day, there were 11 chrysalises waiting for them. The new students wondered about the ‘green things’ and what might be inside, while the year two Kindergarteners kept the secret safe. On Tuesday, September 16, the first butterfly emerged, followed by another the next day. On Thursday, nine monarchs had emerged!

While watching the butterflies emerge, Arabella Otosquaiob observed “The wings are getting bigger and bigger,”  and Dexter Mailloux described the scene as a “monarch wonderland.”

Keenan Duval explained that the monarchs need to go to Mexico. The Kindergarten students decided to release the monarchs in their butterfly garden. Before the release they paraded around the school wearing monarch hats and singing “Goodbye butterfly, goodbye.” During the release, students got the opportunity to hold the butterflies. Levi Moggy liked holding the butterfly because they tickled his fingers. 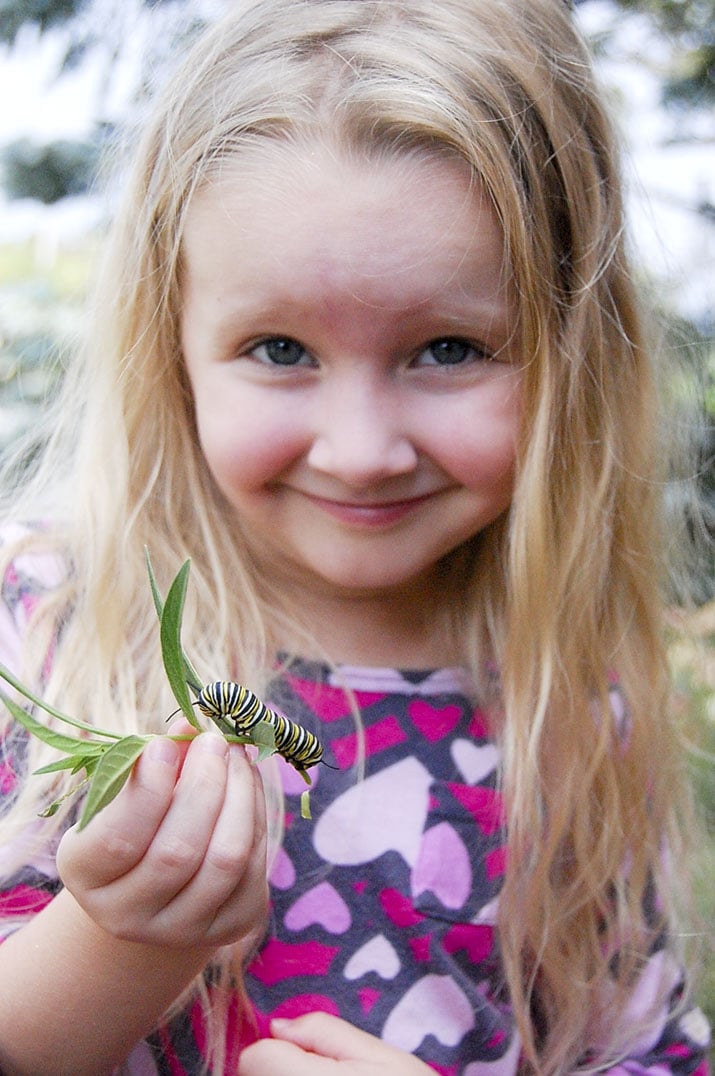 As the Kindergartens watched the butterflies fly away they sang “Baa maa pii memengwaa!” They will be planting a second garden this fall to further help the monarch cause.