MANITOWANING— Assiginack held its annual pumpkin festival this past weekend, bringing in a large number of both Islanders and visitors to enjoy fall activities and see the highly anticipated pumpkin catapult contest. 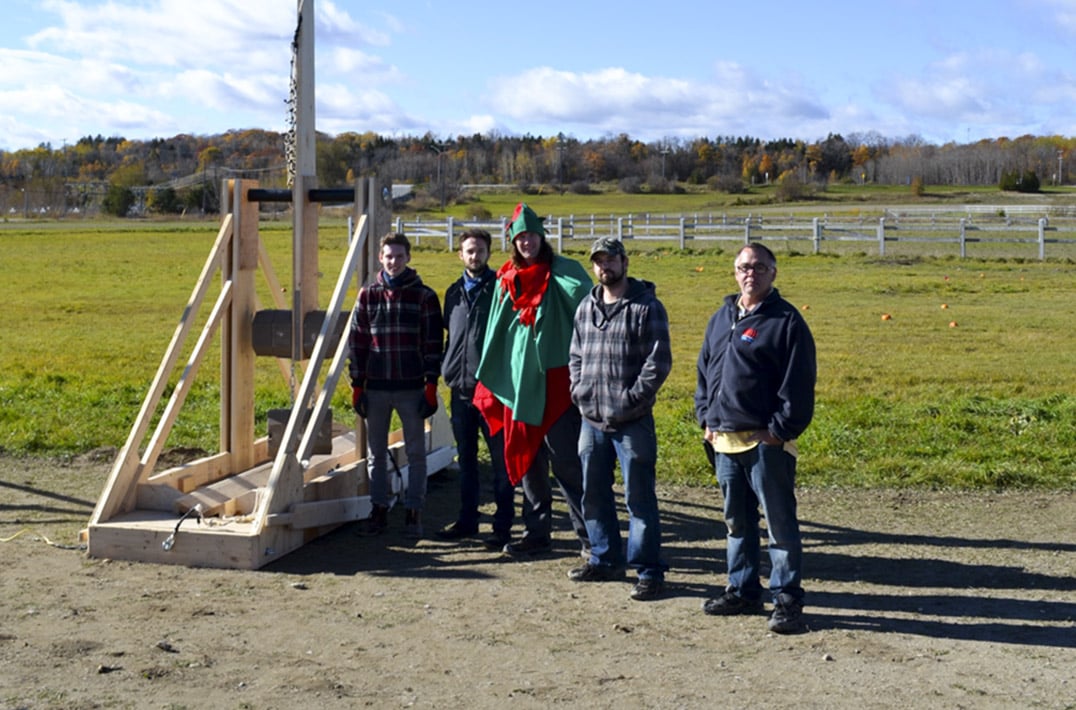 There was also fun for the whole family including wagon rides, a pumpkin seed spitting contest, pumpkin baking and centerpiece contest and the pumpkin catapult contest.

The winners of the best decorated pumpkin in the age seven and under division was Keaon MacDonald in first, Violet Bell in second and Keenan in third.

In the older youth division, Sandi Kuntsi was first, while Ben Quackenbush was second and Grace P. was third.

The best pumpkin centerpiece went to Freda Bond. In second was Joyce White, followed by Rowan Leblanc in third.

Assiginack Mayor Paul Moffat was a good sport about being the target for the pumpkin seed-spitting contest, even wearing a target on his forehead!

Lorraine MacDonald was the winner, spitting her pumpkin seed the farthest distance.

The crowd was very excited for the pumpkin catapult contest.

Prior to the contest,  Mr. Fields revealed he had made a few modifications to his device, including a pool skimmer to hold the pumpkin.

The Quackenbush brothers added springs to their device this year and tire tubes to slow down the catapult.

The Debaj crew included many team members, they told The Expositor, not all of whom were present for the contest. It was clear the crew had put a lot of work and engineering research into their device.

“We’re the returning champs,” Mr. Sosua told The Expositor, not revealing what, if any changes, the pair had made to their device.

Each team was given five chances to catapult pumpkins the farthest. The Debaj crew emerged from the start a strong new competitor, with many of their pumpkins flying so far they hit the fence of the horse ring. Though it was clear which team would probably claim the first place title this year, second place was still up for grabs. Near the end, the Fields family threw some amazingly far pumpkins and secured second place (and the $200 cash prize), followed by Mr. Sosua and Mr. Roque (who received $100).

The first place Debaj crew received the $300 grand prize and was very excited for their victory.