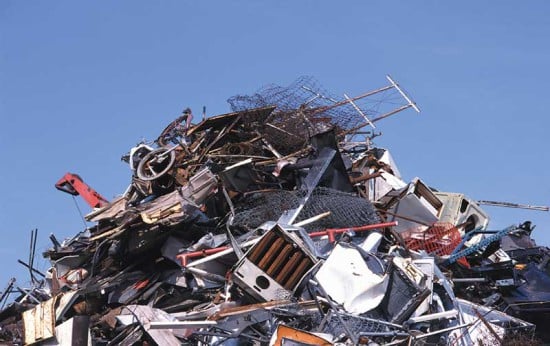 ASSIGINACK—Assiginack has been granted government approval to expand its current landfill, which has been in operation since 1960. The expansion is expected to increase the lifespan of the landfill by 28 to 30 years.

There is a problem, however, in that according to government studies, recycling numbers have declined in past years since this practice was instituted in the municipality in 2007. This means that the 28- to 30-year lifespan is being dwindled away at an alarming rate.

According to Assiginack CAO Alton Hobbs, municipalities with voluntary recycling programs, such as theirs, see poorer figures in terms of citizens practicing the three Rs of reduce, reuse, recycle; this despite the ease of use of the Assiginack program which sees one bin for all recyclables and the allowance of even more classes of plastics than the neighbouring Northeast Town.

The alternative to making the landfill see its lifespan through, Mr. Hobbs said, is to make it a pay-per-use system, such as a cost-per-bag. While talks about how a new system would work are in the preliminary stages, there is suggestion of having an employee placed at the gate who would charge those coming in to the landfill.

“We don’t want to be hard on the taxpayer,” Mr. Hobbs said, “but it’s cost the municipality $250,000 to get the expansion.” This, he added, would be the last expansion the Assiginack landfill would see. A new site will have to be found before this landfill is filled to capacity, he added, admitting that the municipality is probably five years behind that process.

“We have to make the site work and that means getting people to adopt all of the diversion techniques,” Mr. Hobbs continued, noting that composting will be added to that list by next year. “We’re wrestling with how to do that in a polite way.”

One ‘polite’ option is hosting two cleanup weeks with extended landfill hours in the spring and fall.

“We’ve not come up with a plan yet and that’s the rock and the hard place we’re dealing with,” the CAO said.

Mr. Hobbs said staff and council hope to see Assiginack residents get on board and help extend the landfill’s life by using their easy-to-use recycling facility.