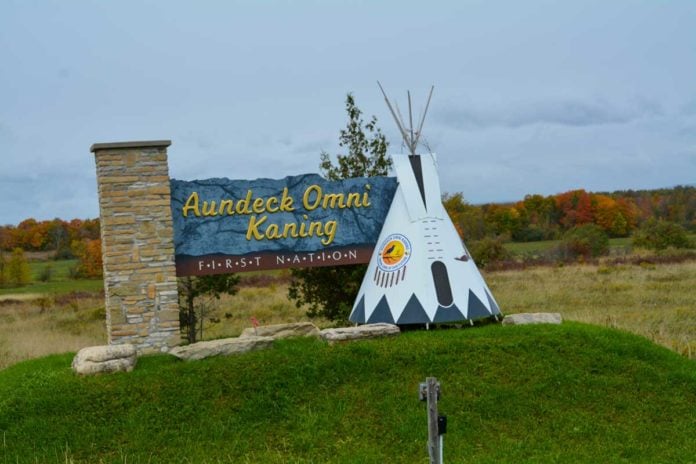 AUNDECK OMNI KANING – The Saturday, May 29 Anishinabek Nation Governance Agreement (ANGA) was the second to be held in the community of Aundeck Omni Kaning First Nation (AOKFN). The vote was overwhelmingly in favour of ratification of the agreement that would see several powers reclaimed from under the Indian Act by AOKFN.

“The key focus of the ANGA is to provide our community with four law-making powers,” said Ogimaa-kwe Patsy Corbiere in a letter to the community on the eve of the vote. “The agreement will not take away funding from our current programs and services and will provide AOKFN with extra funding to a sum of $1.9 million annually.”

The agreement will give AOKFN greater control of our future, notes a release from the band. “This is an historic step away from the Indian Act and will recognize our authority for citizenship, leadership selection, language and culture and management and operations. We only voted on removing those four sections away from the Indian Act, not the entire Act.”

“There are 96 sections in the Indian Act,” said Ogimaa-kwe Corbiere. “If we tried to do all of them at once it would have really confused a lot of people. We had enough to do to explain those four. I don’t think we will get through all 96 in my lifetime, but this is a start.”

“This is critical for the survival of our next seven generations and beyond that we get out from under the Indian Act registry system. “How many children is the Indian Act going to deny membership, health benefits, education services and the list goes on,” she said, noting the practice under the Indian Act is discriminatory and designed to keep First Nation children from being registered.

The agreement will begin the process of establishing a made-in-AOK election code that has been requested by band members for some time. “Let us just not talk about it,” she said. “Let’s do it.”

“Together we will be moving forward on a path that will benefit the citizens of AOKFN as we adhere to our motto, ‘Taking care of our future, our children’,” said Ogimaa-kwe Corbiere. “We have families here with six children who are not under the Indian Act. How do we take care of those children, provide health care and education?”

Ogimaa-kwe Corbiere had high praise for the AOKFN ANGA team, the support received from the Anishinabek Nation and the work of former chief Patrick Madahbee and chief negotiator (and AOKFN band member) lawyer Martin Bayer, as well as former Sheshegwaning Ogimaa Joe Endanawas.

Unofficial results posted showed 163 votes were cast, of which 99 were in favour, 62 voted no and there were two spoiled ballots.

The official results will be released jointly by the Anishinabek Nation and AOKFN.

The ANGA vote recently failed to pass in Whitefish River First Nation in its second round. Sagamok First Nation declined to participate as it had withdrawn from the Anishinabek Nation and asserts that the powers involved are already devolved through treaty. 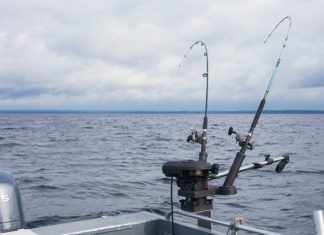 Expositor Staff - August 4, 2021
Salmon beware! The Manitoulin Expositor Salmon Classic thankfully began this past Saturday after a one year COVID-hiatus and will go for a couple of weeks...

Tom Sasvari - August 4, 2021
Complaint filed a result of letter to the editor KAGAWONG - A letter published in the former Manitoulin West Recorder (The Recorder) earlier this year...