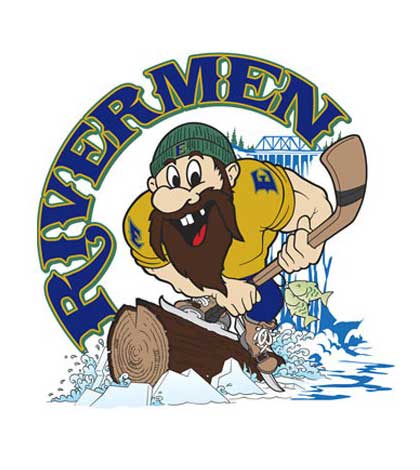 SUDBURY–Corbin Bean’s third goal of the game, 2:51 into the second overtime, was the decider as the Espanola Rivermen rallied for a 6-5 victory over the Sudbury Nickel Barons Wednesday evening in Northern Ontario Junior Hockey League action at McClelland Arena.

An explosive opening period saw the two sides combine for five tallies and 66 minutes in penalties with Sudbury taking a 3-2 lead into the middle session.

Khadyn Butterfly put the Nickel Barons in front early as he connected on the power play at the 51-second mark of the first.

Two minutes later Colton Sansom pulled Espanola even only to see Giovanni Foschia tack on a pair of markers to put the home side up 3-1.

Bean’s first of the night in the latter stages of period would bring the Rivermen closer as he connected at 17:07.

Tallies 12 seconds apart in the second stanza made the score 4-3 Espanola after 40 minutes thanks to Daniel Robertson and Bean.

Five minutes into the third Sudbury leveled the proceedings courtesy of Martin Jolicoeur while Butterfly struck shorthanded 63 seconds later with his second of the evening to put the Nickel Barons back in front.

With time winding down the Rivermen forced OT in the final minute as Ryan Atwood notched the equalizer with 51 seconds left on the clock.

Neither side would score in the first five-minute extra session with the two teams going four skaters aside resulting in double OT and the clubs reduced to three skaters apiece.

That brief stint featured plenty of end-to-end action including Sudbury netminder Michael Muzyka thwarting Espanola’s Brandon Janke on a penalty shot as well as again on another splendid save moments later.

The Rivermen would eventually prevail however despite the 51-save performance of Muzyka as Bean decked to his left and lifted his hat-trick and league-leading sixth game-winning effort into the upper portion of the net to end it.

Joakim Jutras finished with 42 stops to pick-up the win helping the visitors improve to 13-8 on the season.

The Nickel Barons did earn a point in the back-and-forth affair as their record went to 6-11-0-3.

Over 80 percent of District Service Board paramedics double vaccinated