ORANGEVILLE – Haweater Bill Noon, who now resides in Espanola, recently received a 25-year service pin for his time spent volunteering on the ground with North Shore Search and Rescue, a newly-created accolade that was awarded to six search and rescue volunteers across Ontario.

“I’m in this effort with a great group of people, really dedicated individuals. Many who have dedicated more than I have. It’s really nice to be included in that,” said Mr. Noon.

The pins came from Search and Rescue Volunteer Association of Canada (SARVAC), a national body representing search and rescue organizations in Canada. This service recognition pin was only just created and was awarded to all individuals who have served at least that long in a search and rescue capacity. Mr. Noon has served for 27 years but one gentleman had amassed an impressive 54 years.

The Ontario chapter of SARVAC, Ontario Search and Rescue Volunteer Association (OSARVA), held its annual general meeting in Orangeville in early June where it distributed the service awards.

Mr. Noon was a founding member of the Assiginack Volunteer First Response, a group that began in the mid-1970s alongside the Tehkummah First Response. These were pilot projects for the Ontario Ministry of Health, with the Tehkummah group continuing to this day.

“There were 10 of us on the team back then and a couple went on to become paramedics,” said Mr. Noon. “I just volunteered because it seemed like a good idea. Ambulances at the time were based in Little Current, so there was nothing out our way.”

Mr. Noon and his wife relocated from Assiginack to Espanola in 1983 when he took a job at Domtar. He has extended his volunteer efforts to the local church and other associations in need of assistance.

North Shore Search and Rescue began in 1989 and Mr. Noon joined in 1992. He served as president of the group for about a decade, hanging up the lead role at the beginning of 2019.

One of his favourite moments from his time as president was his work to implement ‘Project Lifesaver,’ an initiative that involves search and rescue teams across the province as well as the Ontario Provincial Police. People with memory impairments such as Alzheimer’s who may forget their way home will wear bracelets that constantly transmit on a specific radio frequency. If one of those individuals go missing, they can tune radio telemetry equipment into a person’s unique frequency and use that to direct their search. Mr. Noon described it as similar to the radio transmitters used by natural resources groups to track members of certain species.

“Instead of being a search for two, three or four days, often with a bad outcome, we can now pick up those people in as little as 30 minutes from when we get on the scene,” said Mr. Noon. “Sault Ste. Marie had been using it and had great successes, so I figured why not bring it here.”

The Greater Sudbury Police Service has since adopted the technology and the Ontario Provincial Police have expanded their use of the same devices.

Mr. Noon said the presence of volunteer search and rescue teams is absolutely necessary in large service areas with massive swaths of wilderness. North Shore Search and Rescue covers an area from Blind River to Parry Sound and east to about halfway between Sudbury and Sturgeon Falls. They have responded to calls as far north as Chapleau.

“If anybody gets lost in the bush now, they can’t survive anymore. We’ve lost that ability. If they don’t make it out and we don’t find them, they’re going to die. We look at every search as an emergency,” he said.

Mr. Noon knew that the provincial group had been working on service awards but had no idea he was about to receive a pin at the recent meeting.

“When they started calling names was the first I knew about it. It’s nice to be recognized; I’ve been getting lots of responses from people on Facebook and it really makes me feel appreciated,” said Mr. Noon. 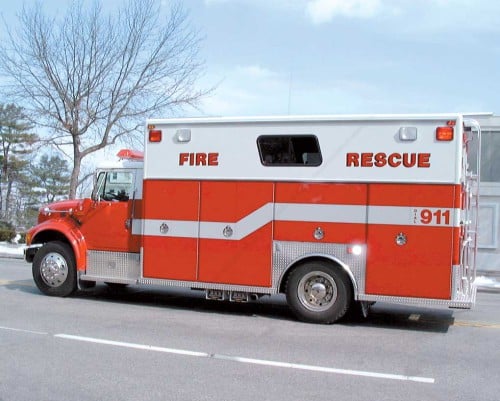