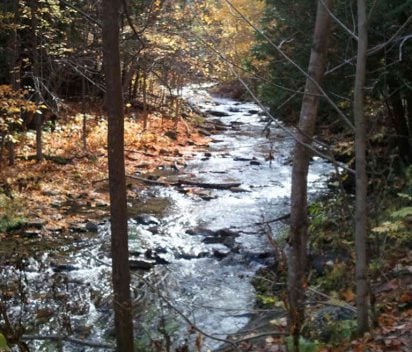 KAGAWONG—Billings council has given its final approval to the township purchase of a tax sale property, which had been bid on by several other individuals to protect it for future use.

At a regular council meeting this past Tuesday, council finalized the approval-purchase and will now await final approval from the Ministry of Northern Development Mines.

At a public meeting held December 19, 2016, Billings Township council put in a bid on a tax sale property on property located in the downtown village area of Kagawong. The bid was the highest among the eight tenders received on the property.

After the public meeting was held, council at its regular meeting passed a resolution to accept the highest tender (the township).

At a previous meeting in December council had discussed the public sale. “I think we should look at purchasing the property to protect it for the downtown area, and the future,” said Councillor Sharon Alkenbrack. She pointed out the township is looking at a new library site, new town office and new fire hall, and that it could remain for now as parkland. “We could put a bid in to purchase the property, and it could be important for our future development.”

And it was pointed out if the township had the winning bid it could also sell off the property.

Councillor Barb Erskine said, “I agreed we should bid on it. Potentially this is a very important piece of property for the future (of the township).”

“The thought in bidding on this property is that was that it’s right against the River property and continues into the village,” Billings councillor Sharon Alkenbrack told the Recorder after the meeting. “We want to protect our parkway and the paths on the other side of the river. Council wants to continue to protect the property around the river,” said Ms. Alkenbrack.

The property runs behind the Kagawong River and is made up of between 70-80 acres.

Subsequent to this, at a meeting earlier this month a proposal was made by Mr. Noble for the township to withdraw its bid, which could allow him with the second highest bid submitted to purchase the property. He has proposed if this took place the land would be given back to the township. This would save the township upfront costs, and the land could still be taxed.

However, at the meeting this past Tuesday, council decided to purchase the property (in turn not accept the proposal from Mr. Noble). The township will now await for the Ministry of Northern Development and Mines (MNDM) to approve the township tax sale.

Council could still opt to sever the property and sell a portion to Mr. Noble.