MINDEMOYA—The Bank of Montreal Mindemoya branch will be celebrating its 100 anniversary on Tuesday, March 19.

“For 100 years, we’ve proudly been part of the Manitoulin community,” said Jennifer Carbone, RVP, Ontario North, BMO Bank of Montreal. “We are another neighbour, and we want to continue to help ensure the strength and health of the places where we live and do business.”

“The first office (in Mindemoya) was opened on March 19, 1919 as a sub-agency to the Little Current branch,” said James DeCosimo, of BMO, last week. “As it was a sub-agency, it was run by the staff of Little Current under the supervision of J. B. Wallace.”
In June 1921, Mindemoya became an accounting office in the charge of R.J. Gilroy and in the mid-1920s, the (Mindemoya) branch became a full-service branch and the first official branch manager was J.H. Burt, said Mr. DeCosimo. He pointed out the present building in Mindemoya was renovated in 1971.

“The office, formerly a branch of the Merchants Bank of Canada but long since part of BMO, was opened on March 19, 1919. At the time the office was open only one day a week, with a member of the bank’s Little Current branch making the once-a-week, 30 mile journey to provide banking facilities for the community. Normally he was able to drive, but frequently in bad weather with the roads in poor condition, the only possible transportation was by horse.”

“The first office was established in a tiny 12 by 12 foot building owned by A.J. Wagg, at the main intersection of Mindemoya close to Wagg’s Creamery. The building had formally housed a barber shop. These makeshift quarters were occupied until 1924, when the BMO occupied a two-story building about half a block from the original location.”

“Here the BMO remained for 33 years until increasing business indicated the need for a third home. The present building, close to the bank’s second home, was completed on September 1, 1957, and is already a familiar landmark in the district,” the paper wrote.

In the first 40 years of its history the Mindemoya BMO has had only four managers. “The first was J.B. Wallace, manager of the Little Current branch, who was also in charge of the Mindemoya office. In June 1921, when the branch increased its services to four days weekly, R. J. Gilroy was appointed accountant-in-charge, an appointment he held until 1927 when he was moved to the Owen Sound BMO.”

“He was succeeded in 1927 by James H. Burt, a native of Mindemoya, who was to remain in charge of the branch for the next 31 years. He is, of course, well known to the entire community and has been active in its affairs for many years. Among his projects in the area, he donated the land for Mindemoya’s community arena and supervised construction of the Memorial Community Centre.”

Mr. Smith, who was bank manager as of its 40th anniversary, was a native of Toronto and joined the B of M there. After serving at several Ontario branches, including London, Kingsville, Fenelon Falls, Clinton and Teeswater, he was appointed accountant the Mount Forest BMO in 1955, the post he left to come to Mindemoya.”

The article pointed out, “the Mindemoya office is one of four B of M. branches—and the youngest—on Manitoulin Island. The Little Current office was established in 1902 and the Gore Bay branch was opened shortly afterwards in the same year. The third BMO office on the Island was opened at Manitowaning in 1917.”

“The history of the Mindemoya branch is symbolic of that of the parent bank as a national institution,” the Recorder noted. “Founded in 1817 at Montreal, the BMO opened an office in Quebec City two weeks later. A third office was opened shortly afterwards at York, as Toronto was known then, and the branch-banking system was introduced to Canada. The bank was also responsible for the introduction of Canada’s first native currency.”

The public is invited to the Mindemoya BMO branch in celebrating its 100th anniversary. “Come join in the fun on Tuesday, March 19 between 11 am and 1 pm at the 6103 Highway 542, Mindemoya location. Refreshments will be served during the bank’s celebration.” 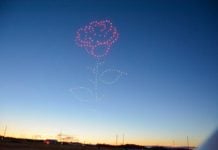 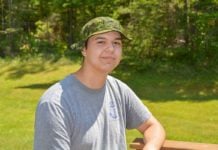