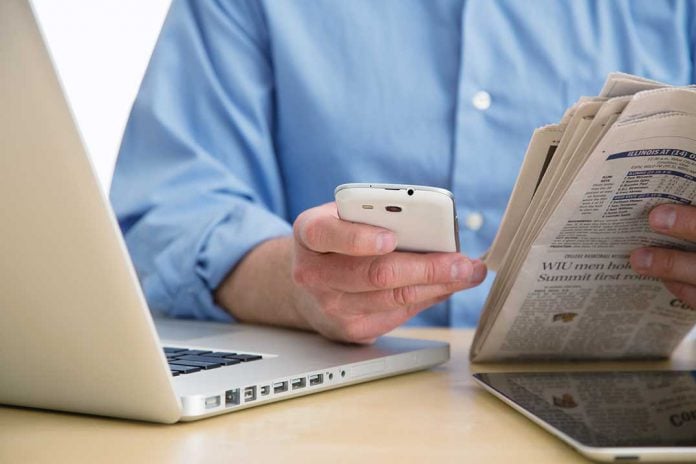 Fibre broadband in every Island household would cost over $121 million

MANITOULIN – While information provided by Blue Sky Economic Growth Corporation demonstrates the substantial gaps in broadband services on Manitoulin Island, by working together the Island can make headway and come up with hybrid solutions and the amount of funding that is required will be what drives the closing of the digital divide on the Island.

“What is important here are the numbers that show the lacking availability of service on the Island,” Susan Church, executive director of Blue Sky Net, told the Recorder after she and Jeff Buell, project manager, made a presentation to the Manitoulin Municipal Association (MMA) at a meeting last week.

“One point I will make, though, is that the dollar figures to provide fibre to every home on the Island—although realistic in the cost,—is estimated at over $121 million; it is not what we should strive for. The reality is to make headway wherever we can and that would more realistically call for hybrid solutions that are more suited for the geography and topography in Northern Ontario. And, of course, the amount of funding that is needed and available will be what drives the closing of the digital divide.”

“Thank you for having us at tonight’s meeting,” said Ms. Church at the MMA meeting. “We would like to take you through a presentation on what we have been doing on behalf of Manitoulin. I hear at every presentation community and council members saying something needs to be done to improve broadband connectivity and that the COVID-19 pandemic has stretched everyone to the digital divide.”

Blue Sky incorporated in 2003, but five years later it realized one of the things holding Northern Ontario back was not being able to connect. “We have focused our efforts on bridging the service level gaps and also keep looking at funding options,” she said.

“You have the need for broadband technology, and funding provided by the federal/provincial governments and working as municipalities in partnership with them and service providers,” said Ms. Church. “We will look at what you have and the steps you have to take to move the yardstick forward.”

Mr. Buell said Blue Sky has been collecting service information for the past 10 years, using federal sources for example. “They (federal government) have a mechanism in place that they update their mapping twice a year, taking into consideration coverage information where service is. We try to look at it in terms of property levels and the service provided in each area in a six-kilometre radius.”

Mr. Buell said the Blue Sky Net focus is on technology/telecommunication as it was deemed to be a universal need. “We focus on bridging the gaps in access to technology, in broadband, software/apps, education/awareness, funding for small business tech needs. We build a broadband database to identify and quantify gaps using a GIS,” he said.

“One of the most troubling statistics we have come up with is that close to 30 percent of the Island (5,334 parcels or 28.36 percent) don’t have broadband service at all,” said Mr. Buell.

He noted by community Gore Bay is the most densely populated on the Island and has the best level of service, while Cockburn Island has the least service.

“In looking at expanding service fibre networks and the costs,” Mr. Buell noted, “there are three main modes of building fibre-to-the-home networks; lease right of way on existing poles (may be less expensive, however make ready costs, and ongoing operating expenses makes the price increase; building your own poles for the service, which would provide a more expensive base cost, easier to budget and has no unknown make-ready costs, but there would be ongoing operating and equipment replacement costs; and bury in conduit which is limited because of obstructions, barriers in right of way.

“Each scenario may be used to some degree, when building a FTTH network and all three have costing variability. While considering this variability and adding inside plant costs, a comfortable estimate to deploy a new FTTH network would be in the neighbourhood of $80,000 per kilometre or $80 a metre.”

“With information from roads level coverage provided by the Department of Innovation, Science and Economic Development Canada there are 1,524 kilometres of road on Manitoulin and if you divided that by $80,000 it would equal $121,920,000 to run fibre to every property on Manitoulin,” stated Mr. Buell. “This would mean $6,842 per property or $12,582 per dwelling (per Stats Canada dwellings). It is not likely realistic, so a blend of services needs to be considered.”

Ms. Church explained that in November 2019, “you (MMA) provided us a letter of support for a request for proposals we put out for Manitoulin Island. We received one submission and, quite frankly, it was not based on the requirement we had put in the RFP that we didn’t want municipalities to have to own the service or have to contribute significant funds towards the project.”

“We then talked to Mike Addison (a member of the Blue Sky board) about trying to form a committee to move forward and decide what the next steps to be taken would be,” said Ms. Church. “Then COVID-19 came along and we weren’t able to proceed with you.” She suggested the Island communities should form a committee and do a request for proposals from broadband service providers what they, the providers, feel is the solution for Manitoulin and indicate what the company would be willing to put down as an investment into the project. “We could then go as a group to the federal and provincial governments and tell them we have a project that everyone on the Island would be part of and request funding support.” She also noted there are funding programs that are going to be open in the near future for this type of initiative.

The meeting was told that with the Starlink proposal, the likelihood of it benefitting Northern Ontario would be a number of years away and it could potentially cost from $500-$5,000 per household just for the equipment to be provided this service.

“I would like to thank you for this presentation,” said Bryan Barker, a Billings Township councillor. He asked with changing technologies, if there are any safeguards of technology changing once a system is already in place.

“This is one of the reasons we are not in favour of a municipally-owned approach, is because the technology changes so quickly,” said Ms. Church. “You are absolutely right; the technology being used today may be obsolete by the next year. That is why we want this provision included in any proposal for a broadband system for Manitoulin. We want to make sure that the technology you are provided will remain in the future.”

“To make any system work in this area we need 90 percent (government) funding,” said Mr. Addison.

Mr. Noland said once Blue Sky provides the detailed package on its presentation the MMA can discuss the next steps including the possibility of forming a committee to consider it further.