OTTAWA – It was a nail-biter that went down to the wire, but the 14-year battle to resolve a dispute over the shortcomings of Canada’s Indigenous child welfare system has finally come to a settlement. The federal government had already set aside $40 billion to fund the claims, but the final negotiations faced a December 31 deadline.

This latest round of negotiations took place following a Human Rights Tribunal ruling that ordered the federal government to pay out $40,000 to each individual impacted by the federal child welfare system that fell far short of the services that were available to non-Indigenous children and families in care.

“It’s awesome,” said Assembly of First Nations Ontario Regional Chief Glen Hare. “It’s bee a long time coming, but we are finally here. There is still a lot of work to be done, but I hope that work gets done quickly so the funds can go out to those who deserve it.”

Regional Chief Hare noted that while the estimated $40 billion set aside to settle the claims might seem like a lot of money, but this  must be put into perspective.

“People will say, ‘oh look at all the money they are getting’,” he said. “But when I look at how much is being given out in the NHL abuse cases, one just recently for over $1.2 million for just one case of abuse, you have to wonder. They were looking at $40,000 for each of those individuals who were impacted—$1.2 million for the one, $40,000 for the many. Where’s the balance there?”

Still, Regional Chief Hare said that news of the settlement is still cause for celebration.

“They had a deadline of December 31,” said Regional Chief Hare. “I know they were working late at night and on weekends to get this done, they had six weeks to do it, and they pulled it off.” Regional Chief Hare expressed his gratitude to the legal teams who put in the effort to see the settlement through.

“All parties have been working closely toward a global resolution regarding compensation and long term reform of First Nations child and family services and we look forward to providing a more fulsome update on Tuesday,” said Andrew MacKendrick, director of communications for the minister of Indigenous services.

Former senator Murray Sinclair, who chaired the Truth and Reconciliation Commission, was hired to help facilitate the talks.

First Nations Child and Family Caring Society Executive Director Cindy Blackstock, whose organization has largely spearheaded the drive for compensation is scheduled to give her thoughts on the announcement on Tuesday afternoon following the joint announcement on the settlement..

The negotiations literally went down to the wire, with the final agreement signed off on New Year’s Eve. Final details on the settlement are to be released on Tuesday, January 4.

Still, Regional Chief Hare pointed out that this settlement has come too late for many who were caught up in the shortfalls of the system.

“Even my wife and I, we adopted a young boy who would have been eligible for this settlement, but he died in a tragic snowmobile accident,” he said. “There are so many who have not lived to see this day. But it is signed off now and there is no way I could see them backing out of it now.”

The battle was initiated in 2007 when the First Nations Children and Family Caring Society and the Assembly of First Nations filed a human rights complaint arguing chronic underfunding of child welfare services on reserve was discriminatory when compared to services provided by provincial governments to children off reserve.

There followed numerous unsuccessful court challenges and appeals by the previous Conservative government, then the complaint moved to the Canadian Human Rights Commission in 2013 and 2014. In 2016, the tribunal ruled the federal government had discriminated against First Nations children, but the Liberal federal government sought to have that ruling quashed, arguing that the tribunal had overreached its mandate but the courts declined that request. The federal government finally moved to manage compensation this past fall.

The most recent census data indicates fewer than eight percent of Canadian children under the age of 15 are Indigenous, but Indigenous youth account for more than half the children under 15 in foster care.

In 2019, the Human Rights Tribunal ordered the federal government to pay $40,000 in compensation to every child who was needlessly removed from their families since January 1, 2006, extending those payments to parents or grandparents whose children were taken away. That amount represented the maximum compensation the tribunal could order.

The Assembly of First Nations estimated in 2019 that more than 50,000 kids could be eligible for the compensation. 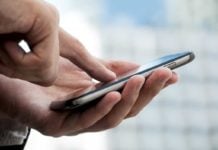