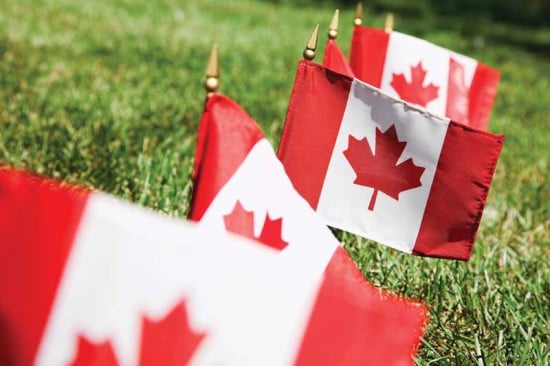 Federal Immigration Minister Jason Kenny last week added his public support to a back bench Conservation MP who has been promoting a private member’s bill that would see dual-citizenship Canadians stripped of the Canadian portion of their citizenship should it be proven that they had engaged in terrorist activities anywhere in the world.

Mr. Kenny’s interest in the private member’s proposal may have the affect of elevating the loss of Canadian citizenship in certain defined circumstances to the effective status of a government bill. In any event, Mr. Kenny’s interest certainly gives a higher profile to the proposed legislation.

The pushback to the Conservative proposal, both from the public and the Tories’ political foes in Ottawa, has revolved around the argument that such a threat of banishment, since it applies only to naturalized Canadian citizens who choose to maintain their citizenship in their country of birth as well as in Canada, effectively creates two classes of citizens. As a matter of principle, that concern has some validity and people born in this country to parents (or even one parent) who are (is) a citizen of another country can also have dual citizenship chosen for them by their family. Presumably this other group of “dual citizens” isn’t the Conservatives’ primary target but they, through an accident of birth, might well feel they are in the government’s sights should this proposed bill pass into law.

Would it not be much simpler to simply abolish, in the future, dual citizenship for naturalized Canadians?

If people choose to move here and, in the fullness of time, wish to change the status of their citizenship to Canadian, that’s what it should be: Canadian.

There is something about a naturalized Canadian citizenship that is joined by a hyphen to the country the individual left behind that implies not a full commitment to Canada.

Certainly for people who choose to live and work in this country but who do not wish to relinquish the citizenship conferred on them by dint of the country into which they were born there is always the option of the status of “permanent resident.”

Becoming a Canadian citizen by choice should mean that anyone making this major decision should relinquish any previous citizenship.

Similarly, Canadians who seek citizenship in another country should be required to give up their legal Canadian identity.

In this way, Canadians of whatever origin who choose to become involved in terrorist activities either at home or abroad would simply be charged and prosecuted in whatever jurisdiction they committed their alleged crimes but as Canadians.

Changing the law in this way for naturalized Canadians seems to be much more straightforward than allowing them to become hyphenated Canadians and then banishing them (no doubt at great trouble and cost) in the event that one or two of them in a decade proves to aid or abet terrorist activities.

Children who happen to be born to parents who are citizens of another country (or countries) but who are working or visiting Canada when the birth takes place could be granted dual citizenship until they reach a certain age (say 18) at which point they would be required to choose whether they wished to be solely a Canadian or a citizen of the other country.

Such changes to the immigration laws would certainly quiet the “two classes of citizen” objection to the proposed changes.

Most naturalized citizens are, in fact, simply ‘Canadians’. No hyphens.

Why not simply make this the rule?