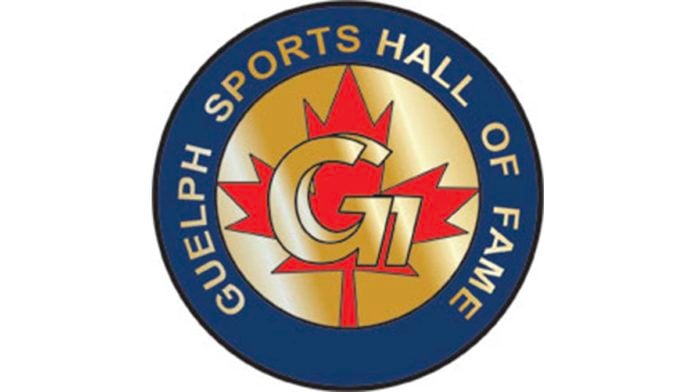 ﻿GUELPH—Glory days… so many of us rarely stop to recall those heady days of our youth when everything was possible. Last February, Carolyn Lane-Rock received an email out of the blue that brought flooding back fond memories of her days at the University of Guelph. The former women’s university hockey team goalie was being inducted into the Guelph Sports Hall of Fame.

“I played hockey?” joked retired educator (and sometime high school hockey coach) Ms. Lane-Rock, feigning that too long a passage of time had passed when first contacted by The Expositor to remember such youthful pastimes. But play she did.

“I played hockey in high school. I played hockey after school on the frozen ponds of the farm with my brother and cousins, I was always the goalie,” she said during her acceptance speech at a gala induction ceremony in Guelph.

Ms. Lane-Rock teased the organizers of the University of Guelph Sports Hall of Fame over the lag in time that has passed since she donned skates for the team.

“I remember, it was around 1975 or something, when I first heard of the hall of fame,” she said. The person who told her about it was a wrestler and an Olympian. “I remember thinking I was just as good as him, but I was a woman,” she said. Times have changed dramatically for the better, however. Ms. Lane-Rock cited current University of Guelph women’s coach, Rachel Flanagan, who not only has a full-time job, paid the same as the men’s coach, but is recruiting players from across the globe. “She is recruiting hockey players from Italy, the Philippines, anywhere they play hockey,” said Ms. Lane-Rock, “in spite of Donald Trump and the guys in Washington.”

In order to refresh her memories of those days, many years ago, when she played university hockey, Ms. Lane-Rock reached out to some of her former teammates. One she found had died, one had Alzheimer’s, “one couldn’t get up off the couch due to injuries from hockey and car accidents, two were anti-vaxxers and couldn’t fly,” she said, noting it was a good thing she was inducted this year. “Maybe next year I wouldn’t be here either,” she said. “This morning I read the obituary of (former teammate) Barb Waples.”

It was 55 years ago that Ms. Lane-Rock graduated from high school and had applied to several universities in order to “get off the rock” like so many young Islanders before her.

“I was accepted at Queen’s University for phys-ed and to nursing school (I wasn’t going to stay home),” she said. “Then I was accepted to the University of Guelph, which on Manitoulin Island where I live is considered the only university (well, except maybe a few go to Laurentian University).”

When she found out there was a women’s hockey team at Guelph, “there was no contest.”

Ms. Lane-Rock fondly recalled the names of her teammates on the championship team and regaled the audience at the gala with the story of how her team defeated the University of Toronto women’s team for the first time in history.

Ms. Lane-Rock was lying prone in the crease as an opposing player was hurtling toward her goal. “I am laying flat in the crease, my hand went up and the puck was in it,” she said. “We won one to nothing—it was a shutout, and I was in goal.” Ms. Lane-Rock could not resist a shot at the men’s football team on her team’s accomplishment in defeating the school’s perennial rivals.

Ms. Lane-Rock went on to say how honoured she was by her induction into the hall of fame and relayed a few stories from her hockey days and the solidarity—as well as singing a song

Shirley Peterson was Ms. Lane-Rock’s coach during her tenure on the team, and she played homage to her mentor, who was like a mother to her.

“Shirley was a great coach, we were young women away from home and we wanted play hockey, that was all we wanted to do was play hockey,” she said. “Shirley shared her love of the game and for life and shared two sayings, ‘keep your stick on the ice’ and ‘learn to skate the corners’.”

“No other sayings have been more directional or more important to me through life,” she said. They have served her well through much more than hockey. “The lessons for life, hard work, teamwork and enjoying life by learning to keep things in balance and figuring out how to keep going by keeping my stick on the ice and learning to skate the corners has served me well.”

Ms. Lane-Rock’s speech in its entirety can be found online by searching ‘Carolyne Lane-Rock – University of Guelph Sports Hall of Fame Induction 2022’ on youtube.com.