MINDEMOYA – Central Manitoulin council is not impressed with the response it has received from the Ministry of Transportation (MTO) in regard to concerns with the condition of Highway 542.

“I wasn’t overly impressed with their (MTO’s) response,” stated Central Manitoulin Councillor Derek Stephens at a roads committee meeting last week. “They (MTO) are planning some work, but not in the areas where there is a real problem.”

Councillor Steve Shaffer stated, “if I read the (MTO) letter correctly, they are not going to address the deplorable highway conditions in our municipality, such as by the MTO shed or the Big Lake Dam Road, where the road is falling apart.”

Brad Thom, manager of highway operations with the MTO, said in a letter to council dated November 2, “Thank you for your follow-up email regarding the condition of Highway 542 from Gore Bay to Mindemoya. I appreciate the opportunity to respond on behalf of the ministry.”

“The (MTO) is responsible for approximately 1,900 kilometres of secondary surface treated highways across the Northeastern Region,” wrote Mr. Thom. “The road condition is evaluated in detail bi-annually, and those condition ratings are used to prioritize the upcoming highway improvement programs.” He explained, “Highway 5342 is a surface treated highway. In the upcoming 2022 construction season, the ministry is planning to double surface treat Highway 542 in three locations. junction of Highway 540/542 (at the Gore Bay OPP station)-southerly for 2.82 kilometres; Four O Two Road (close to Gore Bay’s golf course) southerly for 4.11 kilometres, and Silver Bay Road at Big Lake-westerly for 2.65 kilometres.”

“This work will improve the ride quality and correct any distresses in the pavement surface,” wrote Mr. Thom. “Since the date of our email, our maintenance contractor for the Sudbury area, Emcon Services, has undertaken pothole patching and will be completing edge break repairs. Emcon is actively monitoring the highway on a regular basis and will continue to perform routine maintenance to ensure the safety of the travelling public.”

“If you have immediate concerns with respect to highway maintenance, you may also contact the ministry’s maintenance contractor directly so that your specific concern can be addressed promptly,” added Mr. Thom.

Councillor Shaffer told The Expositor, “we had sent a letter to the MMA (Manitoulin Municipal Association) and all municipalities to try and get together and rattle the chains of the MTO on the highway conditions. To lobby the MTO, the more voices we can get to advocate for improvements to be made, the better.”

At a council meeting held October 14, the following motion was made, “that council authorizes the CAO/clerk to respond to Brad Thom’s emails, that since the Ministry of Transportation recognizes and is aware of the concerns regarding the condition of Highway 542 that the municipality would like to see the extensive repairs and reconstruction of this highway be given the highest priority and that the work be done sooner rather than later.”

The Expositor had reported in the October 20 edition that councillor Al Tribinevicius said, “the condition of this road is getting so bad.” He noted that he had driven through Sandfield to Little Current past Big Lake. “It’s just terrible. I think this highway should have won the worst road in Ontario contest.” He pointed out Highway 6 to Little Current was excellent.

Councillor Derek Stephens said that the lesser-used provincial roadways in the municipality have been deteriorating badly. He noted the MTO website indicates no plans to work on Highway 542 in the next three years. “Our municipal roads are seeing more traffic because the provincial highways are so atrocious and people are avoiding using them.” 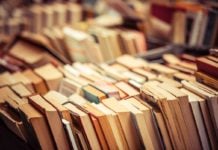 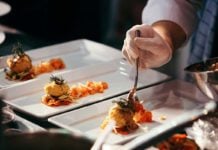 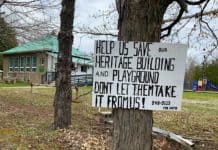