In turning down the proposal, council added the unusual proviso that the offer be made public.

“I find the intent to purchase was a slap in the face,” said Councillor Stephens. “It would have set a precedent for every developer our municipality deals with. They want us to provide all of the money and not have any input into what they are going to build. This is not worth the paper it is printed on.”

In the interests of full disclosure, Mayor Richard Stephens informed council that he had a conversation with the developer prior to the council meeting. He noted that the developer was concerned that council made the decision to turn down the offer without entering into discussion with him. “I didn’t have a real good answer,” he said. “I am hoping there will be discussion here.”

“I am a staunch supporter of the Old School in its present form,” said Councillor Tribinevicius. He said he hoped council turning down the initial proposal would not “enflame the situation, but act as an invitation to dialogue.”

“I am particularly happy the offer will be made public,” said Councillor Steve Shaffer. “It is important that the public will know. This is not, in my mind, a good offer, it puts the municipality in a bad spot. I am disappointed in the people who are voicing support for this offer without even seeing it.”

Councillor Shaffer went on to note that the proponent of the offer had not even made a site visit to the Mindemoya Old School and he wondered what the offer was based on. “Every type of public sale goes through a process,” he said.

Councillor Scott also noted that he had a conversation with the co-owner of the company making the offer. “I was surprised,” he said. “I thought they would have had some kind of contact with our staff.” Councillor Scott also had an issue with the request from the developer for $150,000 and suggested that the municipality would “get a lot of bad publicity” should they accept the offer.

That having been said, Councillor Scott said that he was “okay” if the building can be used sustainably. He said the offer left council, as elected officials, in a bad situation.

Councillor Stephens voiced some concern over the offer originally going to the mayor instead of staff and that the municipality was named a seller in the document as “Town of Mindemoya.”

Councillor Stephens asked if the offer had come through the FOMOS group. Mayor Stephens replied that it did not, that the proponents had been responding to what they had seen in the newspapers and that he had suggested to the proponents they have a conversation with FOMOS.

Councillor Shaffer said that, since council had given FOMOS the mandate to find a sustainable solution to preserving the Old School, any offer should be put forward by that group first. “We shouldn’t be entertaining any offer before we hear from FOMOS that they are supporting it,” he said.

Councillor Shaffer then went on to request a recorded vote on the motion.

Mayor Stephens pointed out that FOMOS did support the application.

The basic outline of the intent to purchase included an offer of $1,000 for the property, with the municipality agreeing to an environmental test on the existing land to ensure no contamination and to provide a survey for the purchased land—all at town expense.

Further, the offer called for the municipality to pay the buyers the sum of $150,000 within 10 days of completing 50 percent of the renovations (the renovations would commence upon closing).

Councillor Scott said that not accepting the proposal should open up a dialogue with the developer. “We are not closing the doors,” he said.

In the recorded vote all councillors and the mayor voted in favour of turning down the proposal. 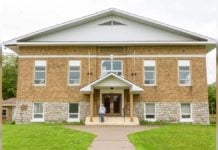 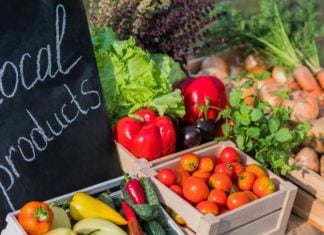