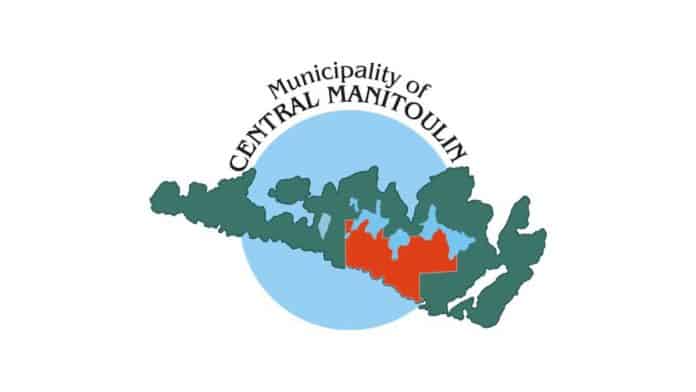 In Mindemoya, on site of current J.H. Burt Memorial Arena

CENTRAL MANITOULIN – After the disappointment following the failure to secure provincial funding for an ambitious multi-use recreation complex, Central Manitoulin council sent its recreational infrastructure committee back to the drawing board to find a solution to the municipality’s aging infrastructure. The results of that mandate were presented to council at its May 27 meeting.

The committee report came in the form of a PowerPoint presentation narrated by committee chair Adam Smith. Other members of the committee include Central Manitoulin Councillor Dale Scott, Darren Dewar, Larry Karn and Wayne Legge. Staff support for the committee was provided by the community development/outreach co-ordinator Marcus Mohr.

Mr. Smith noted that the committee conducted due diligence in searching out common goals and solutions for Central Manitoulin’s recreational infrastructure “so that future generations can look back and say that it was done right and that all options were explored properly.”

He went on to say that the committee found the most feasible option is a new multi-use facility the committee has dubbed ‘Five Points Community Centre.’ The new facility would include an “economically viable” arena and a partitioned multi-use area with room for phased-in expansion.

While a wide range of options for the location of the new facility were explored, only two were deemed viable by the recreation committee. One was located on private land adjacent to Central Manitoulin Public School, while the other was essentially located where the current Mindemoya arena is now—with one configuration including the Old School still in place and a second envisioning the building’s demolition. Mr. Smith made it clear the committee was not taking sides in the debate on whether to repurpose the building.

A key element in the plans for the new complex is the concept of a “net zero” carbon footprint, a theme Mr. Smith returned to a number of times during the presentation. The committee envisions “a tightly controlled budget with cost recovery from energy efficiency and green technology investment with an aim for a net zero facility will be at the forefront of the project to make it a reality.”

The committee defined “net zero building” as one “producing enough energy (as through solar panels, recycled heating and lighting) to offset any energy consumed.” Mr. Smith noted that further to that end, excess energy produced (such as during the summer months) could be sold back into the grid to generate revenue.

“Reducing energy costs will have a positive impact on three main areas: the environment, the arena’s operation budget and the programs the municipality offer, making them even more affordable and, therefore more accessible for everyone in the community,” said Mr. Smith.

“A net zero facility would put this municipality out ahead of the curve,” he continued. “Other regions already started in 2020 with new builds of net zero.”

Mr. Smith posited that Central Manitoulin could be “an example of future community goals and even a training centre for net zero technology operations.”

The committee recognized the key question that would be on everyone’s mind would be “how will we pay for it?”

He noted that the previous committee had placed a rough estimate on the cost of a state-of-the-art multi-use complex would be north of $8 million, with the current $500,000 in reserves dropping the cost to a still eye-watering $7.5 million. Mr. Smith said that the committee felt they could improve on that number significantly, particularly by approaching the task with a “meat and potatoes” concept stripped down to what the community really needs—providing expansion room for the future.

The committee pointed out if the project was financed at 3.1 percent over 30 years the annual cost would be $385,000 based on a monthly payment plan.

“If we also subtract the $4.5 million that would have been spent on capital expenditures on all the current buildings (such as provincially-mandated accessibility) over 30 years,” he said, “this brings the additional yearly cost to taxpayers down to approximately $235,000.”

He went on to point out that the current yearly cost for the four current buildings that would be replaced by the new facility run to approximately $200,000. “If we can reduce that by 40 percent due to energy savings, staffing efficiencies and revenues from building usage and advertising, the additional yearly cost to taxpayers for a new complex could be $155,000,” he said.

A key element in the cost of the project would be securing the land, which helped make the existing site of the Mindemoya arena attractive as it would not require additional land be purchased by the town.

But at the end of the day, Mr. Smith said the committee felt it best that the council itself identify what it could feasibly afford and the committee would work around that.

In order to bring its deliberations into the present realities of recreational infrastructure design, the committee canvassed numerous small rural municipalities, although communities with a new facility turned out to be rare. A facility built in the Kwarthas, a community that came closest to being comparable in population and other factors was found to use as a base design.

A proposed draft design was envisioned by the committee consisting of a metal shell construction as the most economical. The committee set a 280’ by 170’ for planning purposes and factoring in the community-driven design elements resulted in a footprint of 260’ by 173,’ with options to adjust by adding or removing design elements. “The shell steel building can be ordered in almost any size we require,” Mr. Smith assured council.

The proposed building was broken down into five different sections for the presentation. Those included: operational areas of mechanical, electrical, refrigeration, ice resurfacing machinery, garbage/recycling, boilers/pump rooms and storage; the ice surface itself and benches; the changerooms (with benches overhead); the front foyer with accessible viewing inside and accessible viewing outside the rink boards, canteen, ticket booth, bathrooms and offices; and a large multi-purpose area with the ability to be partitioned.

The entire building, being ground floor, would be accessible.

When it came to placement of the building’s footprint, two options were presented with some adjustments within those options. In both options, ballfield B would be relocated and one of the tennis courts would be lost. Some proposed locations on the property would entail the moving of more existing infrastructure than others—but in all cases the existing park space would be preserved.

The committee had three key asks of council, only one of which was immediately forthcoming.

“This committee is asking council to come up with a dollar figure that is feasible and acceptable for the total municipal contribution to the project so the committee can work within and leverage that figure,” said Mr. Smith. “Secondly, for support in principle in its next steps of moving forward with costing out the build by way of finding a designer/architect to design the build so costs could be drawn from the presented design. Three tender quotes would be required. RFTs will be sent out to local companies as well as advertising the RFT as per municipal policy. However, we are looking for a specific skill set in designing a facility with an aim of net zero,” he continued. “This design will be key in our next step in calculating the potential energy consumption versus savings, as an example the type of roof and its output capability for solar panels.”

“Finally, the committee requests the municipality to continue and expediate the portions related to this project of an updated asset management plan so that costing and comparisons can be completed in an accurate and timely manner.”

Council unanimously passed approval “in principle” of the project, but Mayor Richard Stephens explained that, in order to come up with a dollar figure amount, staff would need to be consulted and council deliberate.

Councillor Derek Stephens was effusive in his support of the project, noting that the proposed vision and design was one “I have long wished to see,” he said. He pointed out that the recreation centre in Little Current is the only site that was found suitable for the mass vaccinations taking place during the pandemic. He also noted that the facility would greatly expand the community’s ability to host events.

Councillor Steve Shaffer also signaled his support, as did Councillor Rose Diebolt, who said she really liked the proposed name of ‘Five Points’ as it incorporated the five communities that comprise the municipality.

Councillor Al Tibinevicius expressed his admiration for the net zero concept and the sensitivity followed by the committee in working around the Old School issue.

The presentation delivered by Mr. Smith to council has been posted to the Central Manitoulin webpage at centralmanitoulin.ca.

Tom Sasvari - September 15, 2021
MINDEMOYA—Central Manitoulin council will carry out the needed assessment and repair work to the Big Lake Schoolhouse, with a limit set on how much...