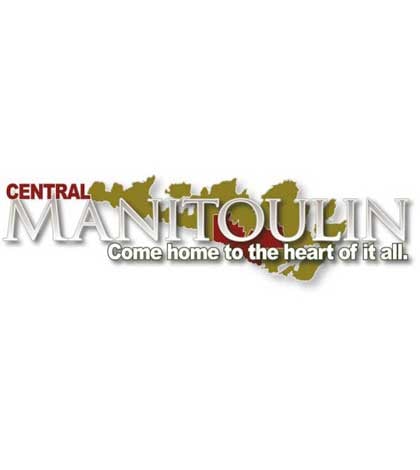 The conclusion of the 2013 round of meetings of the Central Manitoulin municipal council was short, ending in a round of holiday greetings and best wishes for the New Year.

Police costing analysis to be conducted

A recommendation from the services committee that the town staff be directed to complete an analysis of the municipality’s current policing costs for council’s review was passed without debate. The review hopes to determine the impact of the new billing model being set forward by the OPP on the municipality’s policing costs prior to supporting a motion by Seguin Township, which opposes the proposal for a new billing model for charging municipalities for policing services in 2015. The new model will base costs more on households per municipality (including seasonal residences and hunting properties) according to MPAC records than the current model. The current model also charges more based on the number of occurrences in a municipality, a model that some analysts suggest impacts harder on municipalities that contain a health centre within their boundaries.

The November 2013 year-to-date services expenditure report was accepted as presented by the services committee, without debate.

The proposed 2014 services capital budget was accepted as circulated by the services committee and forwarded to the committee of the whole for consideration. The meeting was scheduled for Wednesday, January 8.

The year-to-date financial report for November 2013 was accepted by council as circulated by the works committee and passed without debate.

The capital budget was accepted by the council as circulated, with changes as noted on the document and forwarded for consideration to the committee as a whole.

In a motion from Councillor Ted Taylor and seconded by Derek Stephens, council agreed to support in principle Manitoulin Family Resource’s proposed new Help Centre building, to be located in the vicinity of the current building on property owned by the municipality.

The motion came forward following a public meeting where two deputations had voiced their concerns and offered alternatives to the proposed site.

“We support it in principle,” noted Mayor Gerry Strong. “But we still need to see the plans.”

“I want to emphasize that I am not opposed to the food bank,” said Councillor Adam MacDonald, but suggested that he was still not certain that the proposed location was appropriate. “It is in the interests of the municipality to ensure it is located in the proper location.”

“We normally would not have had any say about it,” noted Mayor Strong, referring to the normal process of building structures wherein any property owner can build on properly zoned property, provided all codes and setbacks are met. “But it is on our property.”

Councillor MacDonald repeated his support of the food bank being in the community, but also reiterated his concerns about the proposed location.

“The group that is going to build it and the volunteers who have raised the money, they are the ones’ who have decided the location is the best for their purposes,” said Councillor Stephens. “Other groups have said that it will help the entire Island community. As much as some neighbours have complained, I will support it as it helps the municipality.”

“We met with the administration,” said Councillor MacDonald, but noted that he hoped to be able to meet with the volunteer board in the future.

Administrators at Manitoulin Family Resources said, when questioned after the meeting, that the committee had investigated other locations before reaching the conclusion that the proposed site beside their current facility was the best option.

The motion supporting the facility in principle passed.

A request from the organizers of Ride Manitoulin for a donation of $3,000 for the 2014 event received a positive nod from the council. “This is an equivalent amount as in the past,” said Mayor Gerry Strong.

“I am surprised to see this coming forward,” said Councillor MacDonald.

“That being said, this municipality has supported this for the past four years,” said Councillor Derek Stephens. “I would strongly encourage council to support it.”

The motion carried without further debate.

A $195,000 per year, five-year contract to collect Central Manitoulin’s recycling was awarded to the current service supplier, with some councillors and the mayor expressing misgivings about entering into a contract locked in at five years with a three percent increase, when the municipality had not yet decided on its course of action regarding trucking waste out of the community.

“I thought about this issue and have expressed my concerns about it being locked in,” said Mayor Gerry Strong. “With the clause in the contract built in, we can’t break out that part. We can’t tender out for hauling, I am opposed to it. I feel we need to be able to truck out the whole.” Mayor Strong said that by combining the trucking contracts for waste and recycling the municipality should be able to leverage considerable savings.

Councillor Adam MacDonald noted that the municipality had sent requests for proposals “to three different companies. This is the only one we heard back from,” he said, noting that the lack of alternatives to deal with the recycling in the interim tied the municipality’s hands in the matter. “Yes, this is an increase, but we have had it locked in previously for three years. We don’t have a lot of options. I don’t see a lot of wiggle room here.”

Councillor Stephens said that he too was dismayed at the lack of alternatives. “The comments you made are valid,” he said. “I do wish we had more wiggle room. I would like to have seen a change in the contract. I am undecided.”

“They are taking more recycling than they have been,” said Councillor Taylor.

Councillor Gloria Haner was less concerned about the three percent cost rise as well. “I look at the cost of fuel and machinery needed to do the job and three percent for five years is reasonable,” she said. “If we don’t have anything else in the contract, it is our fault.”

Councillor Beverly Cannard Pearson noted that the committee had a lot of discussion on the issue.

“If we tender to haul it, my concern is that if taken together, we would get a better price,” countered Mayor Strong.

The $20,000 parks budget was forwarded to the committee of the whole for addition to the 2014 budget.

Council declared January 10, 11 and 12, the dates of the Pearson Cup, a community festival.