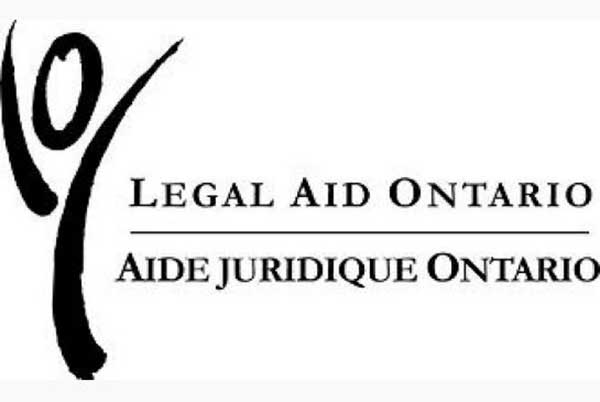 Council passed a motion to this effect at its meeting last week. Councillor Al Tribinevicius, on the office and administration committee, told the Recorder after the meeting, “a lot of people can’t afford lawyers fees and a lot of people rely on Legal Aid support, for instance, when their cases come up in court.”

“I have heard cases of people on Legal Aid that have had to wait one-and-a-half years for their case to be heard in court. They are basically being forgotten by the government and not being thought of as worthy citizens by the province. With these cuts they may not receive the help and support they need,” said Councillor Tribinevicius.

“Deeper cuts were made to those clinics that engage in test case and law reform work and some clinics suffered individual budget cuts of up to 33 percent. Clinics located within the GTA suffered larger budget cuts, which will have a major impact on their ability to carry on providing the same level of service as before.”

“The issue of budget cuts for us is not over,” wrote Mr. Shain in a release. “The provincial government has announced even more significant budget cuts are in store for Legal Aid next year. We will undertake to keep the public and stakeholders apprised of developments as they occur over the next year.”

“Basically we are in an interim situation right now,” Mr. Shain told the Recorder. “So far our budget has not been not severely impaired. But we have been told more cuts are on the agenda in the new year (2020); there will be significant transformational changes and further budget reductions.”

“We thought with this most recent announcement we might have some more certainty but we won’t until March 2020,” said Mr. Shain. He said if the Manitoulin Legal Aid Clinic is severely impacted with cuts in the new year, the expertise his office provides, such as in WSIB claims for clients, could be gone after 30 years. I think the province needs to sit back and think about what they are doing.”

The Association of Community Legal Clinics of Ontario is also calling on the government to rescind cuts to community legal clinics. They have  condemned the cuts in community legal clinic services to the province’s poorest and most vulnerable people, flowing from the Ontario  government’s spring budget. “The April 11 provincial budget announced a 30 percent decrease in legal aid funding. Today (June 12), Legal Aid Ontario implemented the cuts to the clinic system. These cuts will result in: a decrease to the clinic system budget of approximately $15 million, or 16 percent; deep funding cuts to those clinics that engage in test case and law reform work, of up to 33 percent of their budgets; loss of funding to clinics located in the City of Toronto of up to 10 percent; loss of funding to other clinics of varying smaller amounts; the cutback or elimination of many of the central supports (i.e. learning and training, knowledge sharing, client service co-ordination, etc.) that clinics rely on to do their work and maintain a high quality of service.”

In addition, the description of these cuts states that LAO is no longer “prioritizing” the law reform, and community development aspects of the clinic mandate, and directs clinics to focus instead on individual cases and summary advice. Moreover, further cuts are anticipated next year, as well as a review of the community clinic model.

The ACLCO’s co-chair, Gary Newhouse stated, “as predicted, the cuts imposed on clinics today will have a major impact on clinic law services and on low income people in Ontario. The cuts focus on: the ability of clinics to take test cases and advance law reform to help low-income people to challenge unfair government initiatives. This is because the provincial government desperately wants to shut down any effective opposition to reshaping Ontario in the way Doug Ford wants.”

The ACLCO’s Executive Director, Lenny Abramowitz states, “the fact that the cuts were targeted in this way and not simply applied across the board demonstrates that they are motivated by politics and personal grievance. These cuts have nothing to do with achieving efficiencies or greater productivity. In fact, engaging in law reform activities or doing one test case, rather than proceeding with hundreds of individual cases, is the most effective and efficient way of providing legal services.”

“As a result of the cutbacks announced last week, legal aid services will not be available to thousands of low-income Ontarians, especially those located in the City of Toronto,” said Mr. Abramowitz. “And at the same time, Doug Ford will have severely curtailed the most effective way of ensuring that government initiatives do not discriminate against Ontario’s poorest and most vulnerable. Unfortunately, this provincial government sees this as a win-win proposition. The losers are the people of Ontario.”