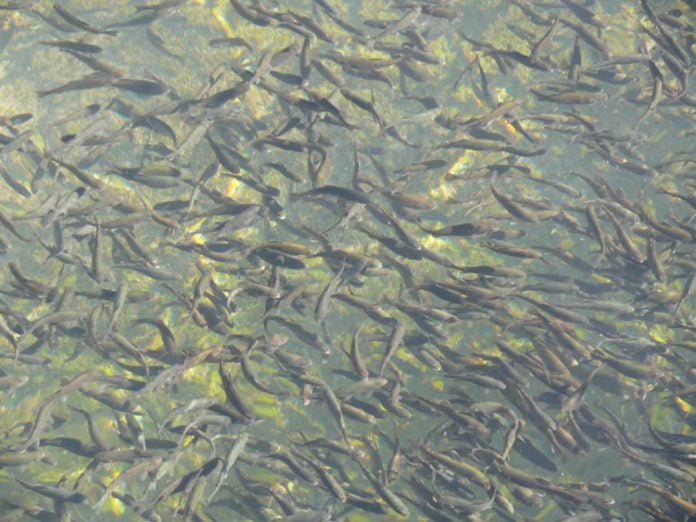 MINDEMOYA—Central Manitoulin Public School (CMPS) will be raising fish in a microhatchery this fall, the latest elementary school on Manitoulin Island to undergo a similar project.

“Ian Anderson of the Gore Bay Fish and Game Club (GBFGC) contacted me (recently) to tell me that funding is being provided for us to raise fish through a microhatchery in the school, next fall,” said Christy Case, principal of CMPS, when contacted by the Recorder late last week.

“It’s a really good program,” said Ms. Case. She was the principal at Charles C. McLean Public School in Gore Bay when the microhatchery program was established at the local school. “It was a great experience seeing the program being developed in Gore Bay, and we are very excited to be having the microhatchery at our school here in Mindemoya as well.”

Mr. Anderson told members of the GBFGC club at a meeting last week, “on the topic of microhatcheries we have received confirmation from the Safari Club International that they are providing funding for equipment and to set up a second microhatchery at CMPS next fall. Christy Case is the principal at the school and she is very enthusiastic about having a hatchery in the school. So the plans are that hopefully this fall we will be able to supply two schools (CMPS and C.C. McLean) with fish eggs.”

“No, we haven’t decided what class the microhatchery will be located in, but we do have a number of people and classes that are eager to have it located in their classroom,” added Ms. Case.