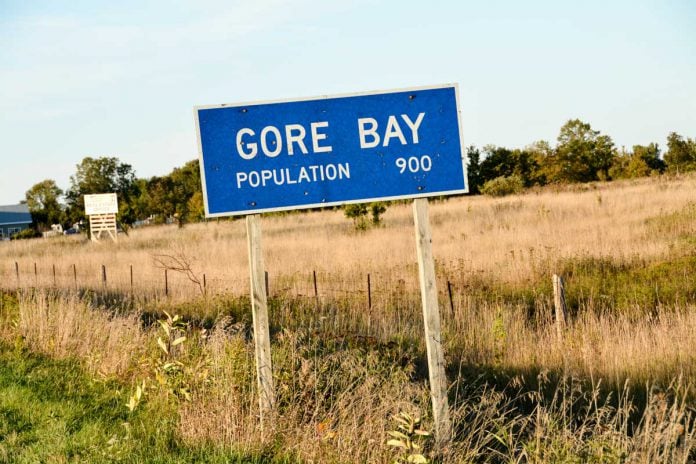 GORE BAY – While the town of Gore Bay is going to be reviewing its tender policy for food vendors being set up in town, and despite concerns being expressed that other local eating establishments will be upset, council voted by a majority in favour at a recent meeting to allow a mobile food vendor to set up for the summer in town.

“We first had the request about a month ago,” said Gore Bay Mayor Dan Osborne, who pointed out the town policy allows for several places a food vendor can set up, one being the town parking lot, the one the owner-operators of Hawg Eaters BBQ had chosen.

At a town general government meeting in May, the committee had been approached by Wayne and Sandra Tuffin who submitted a request to set up their food trailer for the 2019 summer season. At last week’s council meeting it was pointed out the couple have requested use of space in the town parking lot adjacent to where the previous The Source store had been located (on the Meredith Street side of the parking lot).

“We hope to run the business seven days a week,” said Mr. Tuffin. He explained the Royal Canadian Legion Branch 514 in Gore Bay has requested that they set up their food trailer at their property location for the July 1 Canada Day celebrations.

“My only concern is that we have a vendor policy that we will be looking at rewriting soon. And (approving this request) is not ideal for local businesses, to allow a food vendor on public land to use at very little cost, while they (permanent food businesses) pay property taxes,” said Councillor Kevin Woestenenk.

“Are you suggesting we wait to make a decision on this request until we pass our new (vendor) policy?” asked Councillor Ken Blodgett.

Councillor Blodgett also asked why the couple, which has for the past couple of years set up their food trailer in Kagawong, is now looking at the Gore Bay location.

Mr. Tuffin explained over time he has seen less traffic come into the village (where his food trailer had been set up) of Kagawong.

“Again, my concern is that I don’t agree with our current policy, as we have other businesses that pay property taxes, and then a vendor can come in, set up for a few months and only have to pay a permit fee,” said Councillor Woestenenk. “But I do support and commend what you are doing.” He also raised a concern with the generator being used by Hawg Eaters to run their business, due to the noise it would create.

Mr. Tuffin explained he has installed a new Honda inverter generator which is quiet. He also noted he would be willing to pay more in fees to be able to have a location for their business set up in town.

“I do have difficulty with a generator being set up on Meredith Street (to provide hydro power for the food trailer),” said Councillor Ken Blodgett. “I would be more supportive if you had solar power.”

Mr. Tuffin noted, “I would love to be able to pay someone an X amount to get hydro.”

Councillor Paulie Nodecker suggested maybe another location for the business could be looked at if the noise from a generator would cause a problem.

“You will also be taking a prime location in the parking lot for seven days a week,” said Councillor Woestenenk. “I will be voting for a new vendor policy to be created in the town. In my opinion this will never happen again. It’s not ideal for a seven-day operation, but it is for a special event.

“So we have a request, and a policy in place for a vendor to be set up in town. We need to have a motion in support or against the request,” said Mayor Osborne.

While Councillor Woestenenk didn’t vote in favour of the motion for Hawg Eaters BBQ to be able to locate their food trailer this summer under the town vendor policy at the parking lot’s northeast corner, the rest of council were in favour of the request.

“You probably lucked out in your timing to come forward; in a couple of weeks from now this policy may be changed,” said Councillor Blodgett.

“We are going to hear about this from our local food establishments,” stated Councillor Woestenenk.

Councillor Blodgett agreed, saying, “we’re going to hear about it.”