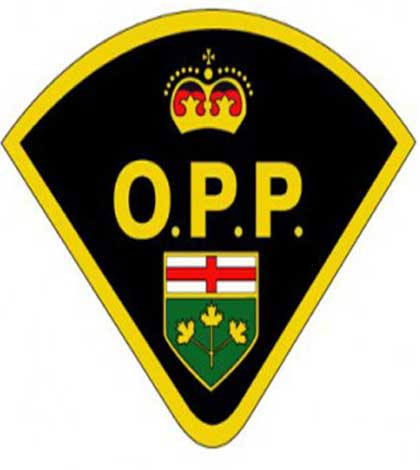 “At our last meeting one of the concerns that came up was concerning fire departments which, unless they have an agreement with other communities or unorganized townships, can’t respond to calls for assistance in emergencies,” said OPP Staff Sergeant Kevin Webb. “But if there is the chance of a life lost or serious injury and a request is being made by one community to another for assistance, there may be issues of liability in not responding to a call. It is one thing to say an agreement is not in place between one municipality and say an unorganized township for fire services, but if there is a need for the jaws of life equipment or a fire occurs, there may be liability involved.”

At a previous CPAC meeting a concern had been raised by Pentti Palonen regarding volunteer fire departments not having signed agreements with unorganized townships. It was noted that a motor vehicle accident had occurred on Western Manitoulin and extrication equipment had been requested at the site, however the closest municipal fire department couldn’t respond because there wasn’t an agreement in place between the two. He said the Burpee/Mills fire department would be able to attend Dawson Township (unorganized) because they have an agreement signed with them, but they would not be able to attend Robinson Township as they have no signed agreement. It was also noted at the previous meeting that according to the Ontario Fire Marshal Office, unless there is a signed agreement with an unorganized township, volunteer firefighters from neighbouring areas cannot attend that township.

Staff Sgt. Webb stated that this is a serious problem and indicated he would be checking with the fire marshal to see what can be done.

“I know as the OPP, in some cases we’ve requested assistance from the closest volunteer fire department if a fire occurs or the jaws of life are required,” said Staff Sgt. Webb. “Island communities need to do some investigating with your legal counsel as to what do if a need arises and their fire department is called out to provide assistance. To just say you can’t because there is no agreement in place you might find your municipalities in trouble legally. I know as a police officer if I was off duty and drove past an accident in southern Ontario I can be charged for not providing assistance. This is the same level of responsibility for all emergency responders.”

Wayne Bailey of Burpee-Mills said, “we have a mutual aid agreement with all neighbouring municipalities. The problem might be that for example Dawson doesn’t have its own fire department. The MNR would be responsible to respond to calls in Dawson. But I believe we are obligated to go in if we are requested.”

Mr. Webb suggested “this committee might want to take this issue to the MMA (Manitoulin Municipal Association) level to approach municipalities and unorganized townships and set up agreements with all of them, so there is an Island-wide agreement. The MMA could put together an agreement that everyone would be able to support-assist each other, with all seven municipalities and the First Nations on the Island.”

Brian Parker suggested it would be better to set this agreement in place sooner rather than later.

“I’ll be going to the next MMA meeting, but someone from this group should be at that table bringing this issue forward,” said Staff Sgt. Webb. “This is a pretty serious issue. At any moment we can be facing a life threatening accident or fire and when the phone rings at 2 am and when a municipality, township or First Nation needs assistance that needs to be provided.”

Mr. Bailey told the meeting he would be willing to bring the issue forward to the Island municipalities at an MMA meeting.