MANITOULIN – For her outstanding efforts in helping to organize the Northern Ontario Provincial Men’s Curling Championships held in Little Current in 2018, Crystal Morra has been recognized with a Volunteer of the Year Award by the Northern Ontario Curling Association (NOCA).

Leslie Kerr, executive director of NOCA told the Recorder on Tuesday, “Crystal was selected  for one of our Volunteer of the Year awards. She was nominated for all her work and effort as co-chair of the organizing committee for the 2018 Men’s Provincial Championships held in Little Current.”

Jordan Chandler, a member of the organizing committee, had nominated Ms. Morra for the award. In his letter to the NOCA Mr. Chandler wrote, “please accept this letter as a nomination for Crystal Morra as Volunteer of the Year. Crystal was the chair of the host committee for the 2018 NOCA Men’s Provincial Championship in Little Current. Her dedication and organization were the driving force behind this very successful event.”

“Crystal is not a competitive curler and has only curled for a few years,” wrote Mr. Chandler. “When the idea of hosting the Championship was discussed there was some apprehension as to whether we should bid or not. Crystal was not deterred. She said, ‘we are doing this,’ and the rest is history.”

“To me, she represents the type of member that we need in our clubs,” said Mr. Chandler. “She is not a competitive curler or someone who directly benefits from the success of a competitive event, she is a club member who wants to do everything she can to benefit her club and community.”

Ms. Kerr pointed out, “we normally present three awards in a year.”

“The NOCA Volunteer Award is an opportunity for NOCA member clubs to recognize their volunteers. The worthy recipient is one who is always willing to help out whether it be at registration, teaching juniors, doing repairs or renovations, running a league, conducting clinics, working behind the bar, doing kitchen duty at a bonspiel or any other volunteer effort that helps make the club successful. This award is for anyone in your club; age is not a factor.”

Mr. Chandler pointed out as well, “as a result of the successful Men’s Championships held in 2018, (financial) contributions have been made to the Northern Ontario Curling Association and NOCA member Providence Bay Curling Club to support junior curling programs.”

The bid to bring the event to the town of 1,500 was guided by a committee led by the host rink, the Little Current Curling Club. 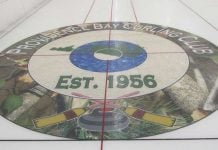 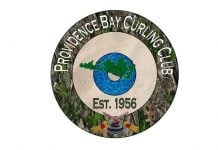