GORE BAY—There are few remedies which offer the same medicinal benefits as a good laugh, especially near the end of winter. It is also known that laughter may have some side effects, such as feelings of euphoria, decreased stress, relief of pain and a general sense of well-being.

These are some of the reasons you’ll want to buy a ticket to the Cabin Fever Comedy Hour at the Royal Canadian Legion in Gore Bay on March 10.

Ashley and Dylon Whyte will be hosting an evening of entertainment featuring the group Dangerously Safe, staring James Godfrey and Kevin Finn.

The dynamic actor/writer and comedic duo hail from Toronto where they received formal training through the Humber College Comedy Program as well as Toronto’s well-known Second City.

“They’re a cross between ‘SNL’ (Saturday Night Live), ‘Whose Line Is It Anyway?” and some good ol’ stand-up comedy,” stated Ms. Whyte. “They perform their own brand of rapid paced, musically infused, character driven sketches.”

Dangerously Safe have previously performed on stages across Ontario during their “You’re Welcome” tour in support of ALS (amyotrophic lateral sclerosis) research. Two of those shows were held on Manitoulin in Manitowaning and Gore Bay around this time last year.

“I was so impressed with their lineup of sketches. It was great to see an uplifting show that made you want to join them on stage,” exclaimed Mr. Whyte. “Fortunately my wife and I will have the opportunity to do just that. We’ll be doing a small introduction and outro for the show.”

Although Mr. Whyte has been a part of the theatre scene in Gore Bay since 1991, with roles spanning from stage manager to front line star, he has had few opportunities to present his inner comedian.

“I’ve went up and told some jokes at a few local events in the past but there really aren’t many venues,” stated Mr. Whyte. “Hopefully we’ll inspire others and be able to facilitate more shows.”

The upcoming comedy night will take place in the basement of the Royal Canadian Legion Branch 514 located at 26 Phipps Street in Gore Bay on March 10 at 8 pm. Proceeds from drinks go to the Legion. There will be a designated driver available. Tickets are $20 and can be purchased at Turner’s of Little Current, Kat’s Pet Supplies in Mindemoya, as well as Loco Beanz and Former Flame Consignment in Gore Bay. 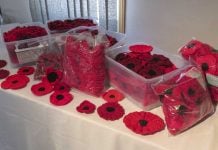 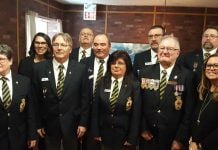 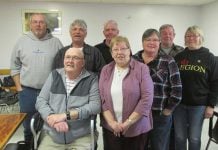