TORONTO—Talks between the province and the Ontario Public School Boards’ Association (OPSBA) have broken down, with no sign on the horizon of a return to the bargaining table, placing the future of many high school students in question, including those attending Manitoulin Secondary School.

The “Ontario Secondary School Teachers’ Federation (OSSTF/FEESO) is disappointed to report that bargaining with the Government of Ontario and its school board partners, represented by the Ontario Public School Boards’ Association (OPSBA), has failed to reach an agreement,” reads a press release from the union. “We have been making a concerted effort to move these talks forward, but the management team refuses to recognize the professional judgement of our members and continues to threaten the learning conditions of Ontario students by tabling proposals that will lead to larger class sizes,” said OSSTF/FEESO President Paul Elliott.

“At this point, no further bargaining dates have been scheduled,” continued the release, adding “OSSTF/FEESO remains willing and available to go back to the table at any time to engage in meaningful negotiations that will result in a central table agreement.”

Another 40,000 teachers have been added to the picket lines in the province, as District 19, Peel of the OSSTF/FEESO has reported that “an agreement has not been reached through negotiations with the Peel District School Board and high school teachers and occasional teachers in that board will be on strike as of Monday, May 4.”

James Clyke, president of the local unit of the OSSTF/FEESO representing Rainbow District School Board, said that he was somewhat in the dark about what the precise issues are that led to the current impasse. Under the provisions of Bill 122, he explained the “big ticket” items such as salary and benefits are negotiated at the provincial board and union levels, while contract provisions dealing with local conditions are dealt with at the local board and union levels. “I can’t go into the specific items without talking about what is on the table in negotiations,” said Mr. Clyke of the local discussions, which are also currently stymied.

Mr. Clyke did note, however, that a key issue has been working conditions and the impact of board-based initiatives on local teacher’s workloads.

Among the sticking points has been the intrusion of administration into a teacher’s evaluation of student performance. “They have been intruding into the judgement of teachers,” he noted.

Concurrent with these intrusions into the classroom, and second-guessing of teacher evaluations, has been a paradigm shift in both teaching methodology and the way contract bargaining takes place—creating a complicated environment, particularly for new teachers.

Adding to the complications are that this is the first time the two-tier negotiation process has been put in place, meaning much of what is happening now is taking place in unchartered waters for both sides.

With a majority government facing heavy budget constraints, there being a long way until the next election, and with no resumption of talks announced yet, the conditions for a quick resolution to this labour dispute do seem remote.

Mr. Clyke cautioned against too much pessimism, however. “At some point we will have an agreement,” he said. 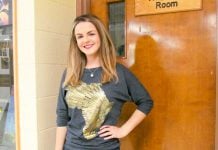 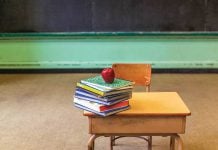