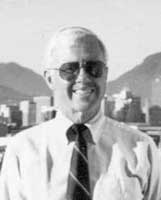 David Guyer peacefully passed away at The Meadows Long Term Care in Ancaster on January 30, 2014 in his 80th year. Predeceased by his beloved wife of 54 years Sheila (nee Burns). Loving father of Kathryn “Kate” Kluge (Florian), David Guyer (Andrea Eckhart), and Elizabeth “Liz” Rorabeck (Darren). Proud grandfather of Alexander, Alena and Evelyn. Dear brother of Brock Guyer. David was a graduate of McMaster University and U of T Law. He was called to the Bar in 1965 and practiced law for many years. Both David and Sheila were longtime members of St. John’s Anglican Church in Ancaster. The family received friends at the Dodsworth and Brown Funeral Home “Ancaster Chapel”, 378 Wilson Street East, (905) 648-3852, on Tuesday, February 4, 2014 from 3:30 pm to 7 pm. A funeral service was held at St. John’s Anglican Church, 272 Wilson Street East in Ancaster, on Wednesday, February 5, 2014 at 1 pm. In lieu of flowers, expressions of sympathy may be made to St. John’s Church, Big Brothers of Hamilton or Heart and Stroke. Condolences available at www.dbancaster.ca.