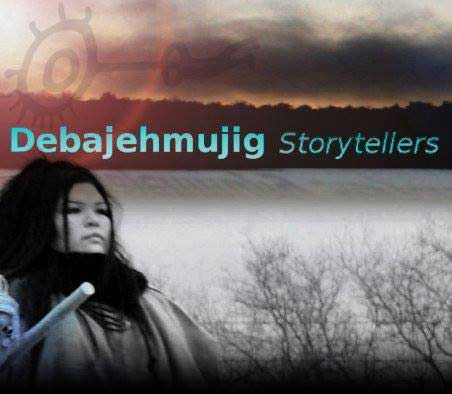 MANITOWANING—To say that winning the 2017 Premier’s Award for Excellence in the Arts left the Debajehmujig Storytellers troupe giddy might be a bit of an overstatement (they are a pretty excitable bunch at the quietest of times), but that isn’t so far off the truth—so small wonder they decided that this year’s Christmas dinner and a show would focus on the accomplishments of the past three-and-a-half decades.

“Well, we figured out it isn’t quite 35 years,” admitted Debaj artistic director Joe Osawabine, “that isn’t until next year.” But then they checked their poetic licence, saw it was fully up to date, and forged ahead.

Each of the Debajehmujig Storytellers troupe was encouraged to think back upon their favourite scene over the course of the past 34 years and to put together a vignette featuring that scene. The wealth of possibilities lay out before them and the crew rolled up their sleeves and got to work.

“The original plan was to put on Tomson Highway’s ‘The Rez Sisters’,” admitted Mr. Osawabine, but in the end the logistics and cost proved too daunting. “We figured that in order to fully cast the play, we would have to bring in some artists from places like Toronto and that would have cost upwards of $10,000 to $12,000. Kind of counterproductive for a fundraiser. But when we thought of this idea it actually seemed more appropriate.”

So the 35-year retrospective, minus one, will take to the stage for dinner theatre on December 11 through 14 for business Christmas parties, with public shows on December 15 and 21.

“There are at least a dozen pieces, from past productions, including ‘Elders Gone AWOL,’ ‘Indian Affairs,’ and the ‘Rez Sisters’ being prepared for the retrospective,” said Mr. Osawabine. “In addition, Audrey (Wemigwans, 30-year plus Debaj veteran) and I will be relating inter-spliced anecdotal stories from our experiences through the years.”

The progressive development of Debajehmujig down through three-and-a-half decades has been impressive as they moved from a somewhat traditionally structured theatre troupe to the holistic land-based artistic organization that it is today.

The dinner theatre production will feature tables of 10, with smaller groups sharing tables and larger organizations sometimes booking the entire night. “We have one booking that will be offsite, taking place at the new Manitoulin Hotel and Conference Centre in Little Current,” he said. “Our capacity here at the Creation Centre in Manitowaning is about 100.”

Mr. Osawabine said that Debaj was also excited to be presenting the ‘New Constellation’ show at the Creation Centre tonight (Wednesday, December 29), with two showings at 7:30 pm and 9 pm. “Those shows are close to being sold out already,” said Mr. Osawabine. “The young guys in our company tell me that July Talk is a really big name these days.”

July Talk consists of singers Peter Dreimanis and Leah Fay, guitarist Ian Docherty, bassist Josh Warburton and drummer Danny Miles and has been taking the alt-rock scene by storm since being formed in Toronto in 2012.

The Debajehmujig Storytellers Christmas show is entitled ‘3 Decades of Debaj’ery’ and features an evening of dinner theatre costing $45 per person. Dates for booking staff parties are December 11 through 14 and December 18-20 (December 18 is fully booked). Performances with no dinner will take place Friday, December 15 and Thursday, December 21 at $25/seat.