TORONTO – On October 24, Dr. Shirley Cheechoo of M’Chigeeng will be awarded the 2021 August Schellenberg Award of Excellence from imagineNATIVE Film and Media Arts Festival.

Festival organizers announced the award on October 1, noting that the award is made possible thanks to the support of ACTRA National, a generous donation from Joan Karasevich Schellenberg and various individual donors.

“I am very humbled and pleased to be selected for this honour,” said Dr. Cheechoo in conversation with The Expositor, adding that it is always nice to see one’s work being appreciated by one’s peers.

The August Schellenberg Award of Excellence (affectionately nicknamed the Augie) is an annual prize recognizing “significant professional and personal achievement by an Indigenous actor of any gender from Turtle Island.” Dr. Cheechoo will receive the award during the online imagineNATIVE Awards presentation to be held this Sunday, October 24.

According to the inagineNative website, the “August Schellenberg Award of Excellence was launched in partnership with Ms. Karasevich Schellenberg to honour her late husband, the legendary actor August (Augie) Schellenberg and the spirit of his work. This award is presented to gifted Indigenous actors from across Turtle Island based on the longevity and impact of their careers, as well as their professionalism and involvement in mentorship and community work.”

The award citation notes that Dr. Cheechoo was born in Eastmain, Quebec, on the eastern shore of James Bay. An accomplished and award-winning Cree artist, actor, director and filmmaker,m Dr. Cheechoo’s career spans over 30 years and has garnered numerous awards for her own work and for her significant contributions to arts practice throughout Ontario.

Among her many accomplishments, Dr. Cheechoo was the first person hailing from a First Nation in Canada to write, produce, direct and act in a feature-length, dramatic film entitled. That film, ‘Bearwalker,’ was screened at France’s famed Cannes Film Festival.

Dr. Cheechoo is also founder and artistic director of Weengushk Film Institute in M’Chigeeng, an Indigenous land-based film school that seeks to engage youth to further their careers in all aspects of storytelling.

She was also the founder of Debajehmujig Storytellers, a Wiikwemkoong land-based Indigenous theatre company that has launched the artistic careers of many Island and other Indigenous actors and directors.

The imagineNATIVE Film and Media Arts Festival is the world’s largest Indigenous festival showcasing film, video, audio, digital and interactive media made by Indigenous screen-content creators. The festival presents “compelling and distinctive works from Canada and around the globe, reflecting the diversity of Indigenous nations and illustrating the vitality and dynamism of Indigenous arts, perspectives and cultures in contemporary media.” 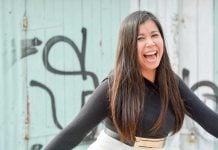 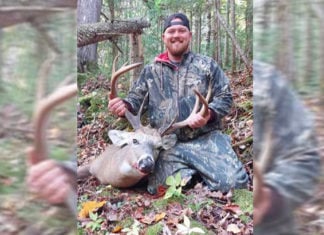