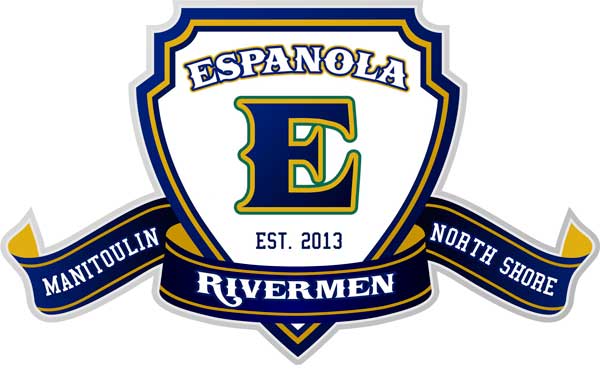 SUDBURY—With less than three and half months to go until the 2014 Dudley-Hewitt Cup Central Canadian Jr. A championship in Wellington, Northern Ontario Junior Hockey Leagues (NOJHL) clubs are preparing for their final push to try and be the one that will move on to play for the right to represent the region at the upcoming RBC Cup national tournament in May.

The January 10 roster deadline has come and gone and each of the eight teams in the NOJHL will look to hit their peak once the league’s regular season concludes March 9 and postseason action gets underway just days later.

Entering the run for the playoffs the hottest team in all of Jr. A hockey across the country is the NOJHL-leading Soo Thunderbirds.

Winners of 17 consecutive games, the T-Birds are currently the No. 3 ranked team in the entire 128-team Canadian Junior Hockey League while boasting an impressive 35-4-0-2 overall record.

Led offensively by Gavin Burbach, the veteran forward is second in league scoring with 61 points, is second in goals with 30 and his 31 assists are the fourth highest in the NOJHL to date.

Defensively, goaltender Joel Horodziejczyk has won his last 19 starts in net for Sault Ste. Marie and sports a stingy 1.62 goals-against average and a stellar .938 save percentage.

The Kirkland Lake Gold Miners are firmly in second spot in the league standings and have already set a franchise record for wins in a season sitting with 28 and counting against six losses and a trio of overtime defeats. They are also 13th in the CJHL rankings.

Forward Steven Babin continues to top the Miners offensively with 58 points. He is tied for third in league scoring and also tops all NOJHL players in helpers with 39.

Kirkland Lake netminder Kenny Fitzgerald has a 5-0 record in his past half dozen appearances. In that span he has only allowed nine goals registering a nifty 1.59 goals-against average along with a solid .933 save percentage.

As defending league champions when the franchise was based in North Bay, the Espanola Rivermen certainly can’t be counted out.

They posess plenty of firepower with their top three point producers in Brennen Dubchak, Corbin Bean and Brandon Janke, combining for 171 points among them.

Dubchak leads all NOJHL skaters with 62 and is currently riding a 19-game point streak.

Two other teams that are also finding their groove at the right time are the Abitibi Eskimos and Sudbury Nickel Barons.

Under veteran bench boss and general manager Paul Gagne, the Eskis have gone 10-4 in their past 14 outings.

Brady Clouthier leads Abitibi offensively while Ryan Tront is next as the duo are both in the top 15-point producers in the league.

Sudbury meanwhile has won three in a row with new head coach Jason Young and with a healthy line-up working its way back, the Nickel Barons could also surprise come the playoffs.

Manning the pipes, goaltender Michael Muzyka has allowed Sudbury to pick-up eight of a possible 10 points in his past five starts, all of which were decided by one goal.

As the postseason has proven in the past, you can never count anyone out and that goes for the three remaining teams in the NOJHL.

Elliot Lake has had a tremendous year from forward Brett Wagner, who is just off a 15-game point streak.

Wagner leads all NOJHLers in goals with 32, is knotted for third in overall offensive production, and is tops in shorthanded tallies with seven while his six game-winners tie him for the second most in the league.

North Bay will look to team captain Ryan Demyen and rookie netminder Evan Cormier to help guide their roster and make things happen in the playoffs.

Demyen has allowed the Trappers to remain competitive on most nights as he leads all shooters in the league in power play goals with 11.

Cormier meanwhile sits fifth in the NOJHL in save percentage at .912 while playing the third-most minutes (1,230:16) and facing the second-most shots against. (808)

Despite a difficult season so far, the Beavers of Blind River will look to veteran coach Don Gagnon to prepare his squad for the second season.

Tyson MacLeod has led Blind River with a team-high 13 goals along with 28 total points, which also paces the squad while 19-year-old local product Scott Marshall leads all blueliners on the squad in points with 22. That also ranks him second on the team as a whole in offensive production.

When all is said and done there will be one NOJHL team remaining as the league champion that will move on to compete in the Dudley-Hewitt Cup April 29 through May 3 at the Essroc Arena within the Welllington and District Community Centre.