With students getting ready to return to elementary and secondary school following their summer break, it was a relief last week to hear that, at least in provincial issues, the union representing Ontario’s public high school teachers had reached a tentative agreement with the Ministry of Education and Training, one that last week was ratified by members of the teachers’ union.

That’s a relief for it was just last spring when high school teachers from the Rainbow District School Board went out on strike, one of the three boards in Ontario where the teachers’ union had decided to make a stand so of course activities at Manitoulin Secondary School ground to a standstill until the teachers were sent back to work following strike-ending legislation passed at Queen’s Park.

Premier Wynne’s Liberal government did not take this action in a hurry, however, and gave the union almost three weeks to flex its muscles while negotiations continued before forcing the teachers back to work before the end of the school year.

The province’s elementary teachers were also in a legal strike position at that time but, strategically, the message was carried on all teachers’ behalf to politicians and the general public by the three boards whose teachers withdrew their services.

During most of the summer, information on negotiations at any level was scarce and so the announcements of the successful negotiations by the high school teachers’ union is met with much relief and it was encouraging to hear, late last week, the president of the provincial elementary teachers’ union congratulating everyone concerned on the successful end of the secondary teachers negotiations. Hopefully they will be making their own similar announcement before long and being congratulated by the high school union.

This is, in effect, a first contract for both high school and elementary teachers union for it is the first time that all issues have not been negotiated locally and separately on a school board by school board basis.

This time, all contracts are being negotiated simultaneously with the added wrinkle that some issues (primarily wages and benefits) are negotiated on behalf of all local unions by their provincial federation that is dealing directly with the provincial government.

Other issues, including local working conditions, are being negotiated by union locals in discussions with local school boards.

As “first contracts,” in labour parlance, are often finalized only after much tough talk and posturing by all sides, it would have been more of a surprise if strike action had not figured at some time during negotiations. It was also prudent for the Wynne government to recognize this and to allow the walkout to continue for a representative period before enacting its back-to-work legislation.

For their part, the politicians in government at Queen’s Park have a delicate road to tread for Premier Wynne has firmly promised taxpayers that there will be no public sector wage increases until her government is able to present a balanced budget.

In speaking of the recent successful talks with the high school unions, the premier vaguely explained that wage and benefit increases would not be funded by tax increases but, rather, money to meet this new obligation would come from savings realized in other areas.

It is not clear whether these funds would come from clawbacks in other areas of education funding or from other areas entirely. That will be a challenge left for Ontario Treasurer Dwight Duncan and we may learn something of it when he presents his next budget.

Education support workers, largely represented by Canadian Union of Public Employees (CUPE), are also seeking a new contract so this year is an interesting one, a unique one, for the Ontario government. It was, however, their idea to take on the role of employer and to negotiate the big ticket items with all teachers and all at the same time.

This is how Ontario has always dealt with its community college staff, both academic and support, and there have, memorably, been several system-wide strikes during this bargaining history.

The success of the negotiations between Ontario and its high school teachers is an important signal, especially to parents with children in school, that agreements will also be reached with elementary teaching staff and with the school’s support staff.

In any event, it’s a welcome ‘back to school’ gift to parents who had spent the summer worrying about what might happen when school resumes after Labour Day and while nothing is certain until union members vote and agreements are announced, we can rest fairly easily that, for this cycle of contracts, we have seen the end of major work interruptions. 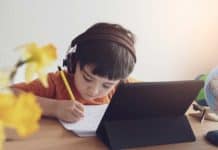