Holding public office in a First Nation community can indeed be a precarious position for any First Nation leader. The position of United Chiefs and Councils of Mnidoo Mnising (UCCMM) Tribal Chair, currently being held by Franklin Paibomsai, is no exception. He is being held to the same scrutiny, and indeed praise, as the case may be, as any other leader, native or non-native.

I am aware that Mr. Paibomsai is the holder of several lofty titles since becoming the chief of the Whitefish River First Nation. His job as chief is indeed a job in and of itself that comes with many obstacles and challenges. Aside from being chief and Tribal Chair, Mr. Paibomsai is also the UCCMM Child Welfare portfolio holder, a position that requires a commitment of time, knowledge and energy––I am sure that many of our UCCMM communities would be appreciative of an update on the child welfare initiative since its inception many years ago. Regardless, I am now of the understanding that he is also the President of the UCCMM Mnidoo Mnising Power Corporation, a corporation in partnership with Northland Power Incorporated involved in wind power generation. My question here is, what experience does Mr. Paibomsai have in power generation, or for that matter, what experience does UCCMM have in power generation? This is just one of a multitude of questions that I am sure that many UCCMM Grassroots people have relative to Mr. Paibomsai’s latest title. I am sure that I will have further questions after I complete my review of the Northland Power, McLeans Mountain Final Consultation Report.

Mr. Paibomsai has a great responsibility here as UCCMM tribal chair—a responsibility that should not be taken lightly relative to his many titles. Certainly a person with that many titles may soon find out that he/she may be unable to effectively meet commitments and carry out tasks effectively. The “jack of all trades and master of none” philosophy may apply here. As mentioned, effective consultation is vital to community change and this is ultimately an important task of the UCCMM tribal chair.

Several years ago, I attended a UCCMM Annual General Meeting, where Patrick Madahbee was tribal chair. He brought up the issue of limited attendance at their AGMs. This speaks to the issue of unity. I did ask the tribal chair what he was in fact doing about the issue of unity. Unfortunately, to this day, I did not get a response to my query. Perhaps, if we were more united as a First Nation people, effective community consultation would no longer be a socio-political issue in many of our First Nation communities. The issue of effective consultation appears to remain problematic for UCCMM. Certainly having a UCCMM annual general meeting is a form of community consultation as well. I cannot remember when UCCMM last advertised for their AGM or if they even had an AGM in the recent past. This particular issue could be problematic relative to a violation of the Corporations Act.

Failure to be proactive in this area of effective community consultation will further entrench limited participation in community consultations and further create fissures that will only divide communities and individuals rather than bring them together. Certainly no First Nation leader should be associated with or even be seen as directly or indirectly contributing to such socially corrosive behaviours. Even finding solutions to these consultation woes involves the concept of consultation and input of all community members. Effective community consultation is a criticism and an issue, among others, that requires attention as an important function of a tribal chair. As time continues, more of our educated grassroots will vigorously question First Nation leaders so long as these issues continue to go un-heeded and un-addressed.

I know that I am known to be somewhat of a grassroots critic within the UCCMM catchment area, but I remain firm and committed to accountability, transparency, good government and re-dress. These are qualities that any leader should espouse, at minimum, in a democratic system.

In the end, I challenge the UCCMM leadership, including Mr. Paibomsai, to have an open forum where UCCMM constituents can query the leadership, offer comments, and input within an atmosphere of trust and respect. I do look forward, as do all other UCCMM Constituents, to a response from the UCCMM Tribal chair, Franklin Paibomsai or the UCCMM CAO, Hazel Recollet, in respect of these matters. 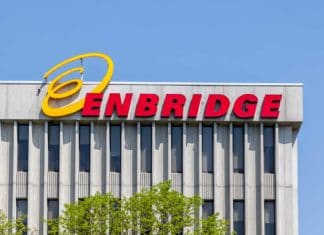