WATERLOO—Manitoulin youths Sydney Koehler and Ryann Hudson travelled to Waterloo earlier this month with their elite volleyball team Northern Chill 16U where they placed first in their division at a provincial competition.

At the competition, held at RIM Park in Waterloo, Northern Chill was one of 650 teams and 8,000 athletes at the event. Northern Chill 16U didn’t lose a single game during the playoffs, earning the gold medal for division 2, tier 2.

Both girls are Grade 10 students at Manitoulin Secondary School with Sydney having played with club for three years and Ryann, two years.

“I played volleyball in Grade 7 and 8 at school and joined the club in Grade 8,” said Sydney. “I was into hockey before, but I liked volleyball and I just felt that it was a better fit—that I could do more with it.”

Sydney explained that she and Ryann travel three times a week during the season to Sudbury—two times for practices and once a week for personal training.

“Last year our team ranked 21st in the province and this year we finished first at provincials,” said Sydney. “I really love volleyball and I’m working towards playing at the university level when the time comes.”

Although the season is over, Sydney said she will still be attending a summer training camp at Cambrian College for a week, but is looking forward to hanging out with her friends, and being outdoors enjoying Manitoulin. 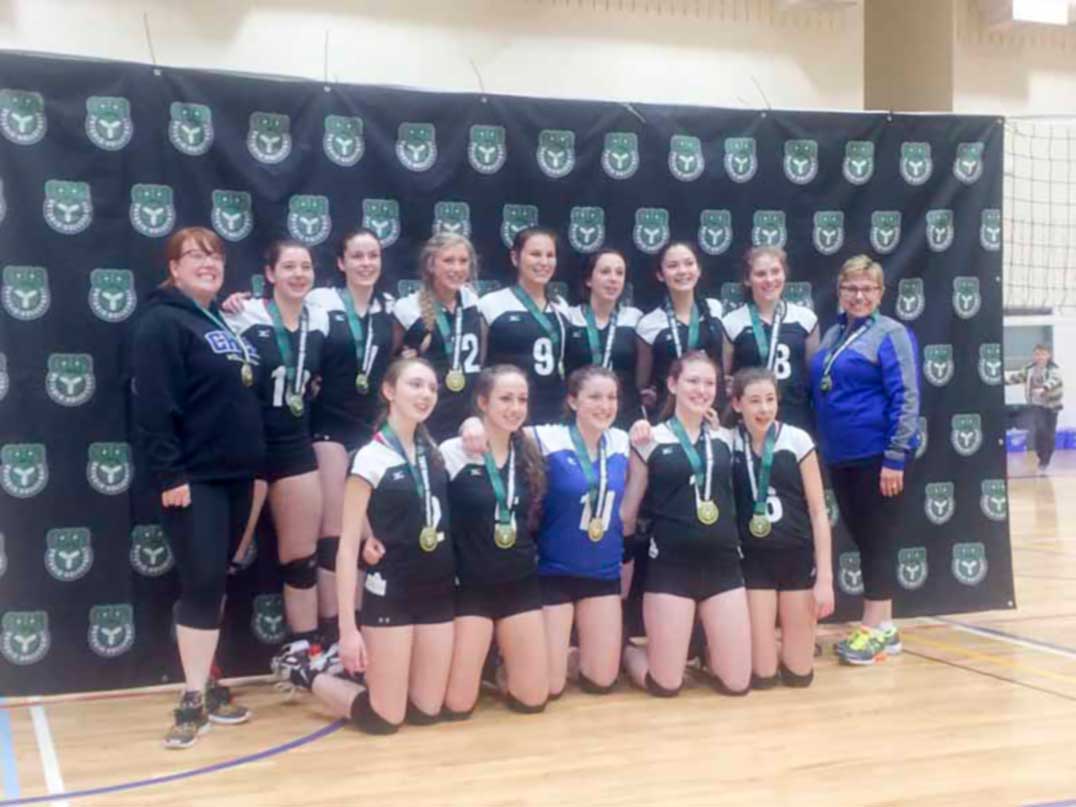