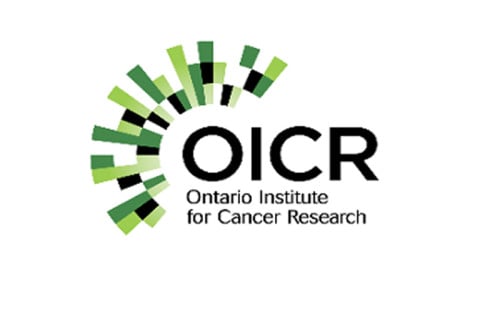 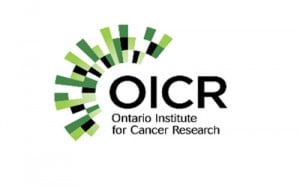 MANITOULIN—Researchers with the Ontario Health Study are seeking residents of Manitoulin Island to become involved in what might become one of the biggest health study undertakings the world has ever seen.

The goal is to have 10 percent of the Ontario adult population, around one million people, sign up for the study, funded by the Ontario Institute for Cancer Research, Cancer Care Ontario, Public Health Ontario and the Canadian Partnership against Cancer, explains study spokesperson Dr. Lyle Palmer.

“The study started about 18 months ago,” he continued. “With the results, the 287 senior scientists from across Ontario will develop research platforms, study health patterns and translate the results into clinical health.” The study has also received endorsements from health organizations across Ontario, including the Local Health Integration Networks and the Northern Ontario School of Medicine in Sudbury.

The purpose of the study is to look at all the chronic diseases (including heart disease and stroke, obesity and diabetes, respiratory health, aging, hearing, nutrition, mental health, vision, neurology and dentistry), Dr. Palmer continued, “and the study is designed that it will help us look at the causes, how best to treat the disease, how to direct those treatments and prevention.”

“This is the biggest health study ever undertaken in Canada, one of the biggest in North America, and if we get over 500,000 people signed up, (the study) will be the biggest in the world,” Dr. Palmer exclaimed. “It will track people over the course of their lives.”

The study is fully online, so those interested will sign up at ontariohealthstudy.ca and fill out the survey, which takes about a half hour, according to Dr. Palmer. The questions are about personal medical history, family history, medications, tobacco and alcohol use, oral health, vision and hearing and ethnic background. From then on, participants will be asked to continue the survey once a year for the rest of their lives so researchers can track the health of those surveyed and the role environment plays. The following set of questions the next year would include such subjects as mental health, physical activity, diet and health in the workplace, he added.

“There’s been good representation through the adult age ranges and the ethnic diversity is actually looking like the general population,” Dr. Palmer remarked, noting that Ontario was an obvious choice for just such a survey thanks to the province’s multi-cultural population. “We haven’t tried to focus on any one group, so it’s pretty remarkable—the urban/rural split is right on target.”

“We have about 5,000 First Nations people signed up, but we would like a lot more participants,” he continued. “It’s important to study First Nations because of their high risk for chronic disease such as diabetes.”

When asked about the issue of the aging and rural populations and high speed Internet, Dr. Palmer explained that such an undertaking as the Ontario Health Study would not be feasible if it weren’t for the Internet and that the study managers had been in conversations with local library boards (for free Internet access) and are also currently developing the ideas of “tagging along” with mobile clinics in the North. “There are many roads we can go down,” he said.

The data from the questionnaires is streamed in real time for the researchers, who are already finding interesting patterns, he said.

“We know that social isolation is a good predictor of depressions, but we’re already noting patterns between men and women and age,” Dr. Palmer explained. “For instance, a middle-aged unmarried man is more likely to suffer from depression than an unmarried woman in her 20s.”

According to the Ontario Health Study website, similar long term studies in the United States have yielded important findings, such as the link between cigarettes and risk of heart disease.

“In fact, much of what we understand today about the causes of common diseases comes from health studies of the general population,” the website states. “What sets the Ontario Health Study apart from other studies is its potential to reach a large and diverse population residing in Ontario. With it being possible to follow the health of so many diverse people, the study may detect new risk factors or combinations of risk factors and may be able to investigate many less common diseases.”

There are even more incentives to signing up for the survey, including a present to participants in the form of a gift card from such supporters as Air Miles, Best Buy, Canadian Tire, Cineplex, Esso, Future Shop, HBC, Home Depot, iTunes, Sears, Shoppers Drug Mart, Sobeys or Wal-Mart.

To sign up or learn more about the survey, visit www.ontariohealthstudy.ca 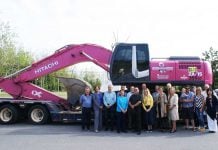