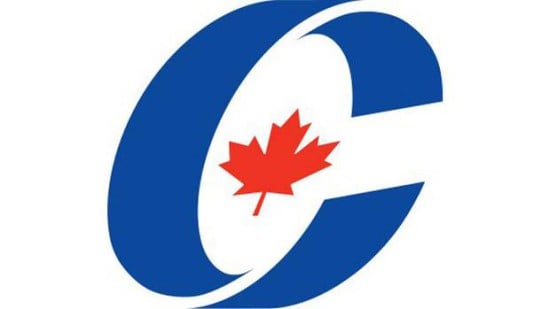 OTTAWA – The Conservative Party of Canada’s search for a new leader ended late last month with recent Island visitor Peter MacKay losing after three rounds of ballots, the top spot instead going to fellow front-runner Erin O’Toole who will stand as leader of the official opposition in parliament.

“Thank you to the tens of thousands of Canadians from coast to coast to coast who voted for me. You put your faith in me to lead this historic party and I am honoured and humbled. I promise you, I will not let you down,” said Mr. O’Toole in a late-night victory speech Monday morning, August 24, after the results of the last ballot emerged.

This year’s Conservative leadership campaign took place entirely through mail-in balloting, with a total of 174,404 ballots reaching the election headquarters by the deadline this past Friday, August 21.

Party representatives said this was the highest number of votes for a leadership contest in the Conservatives’ history.

Mr. O’Toole was one of two front-runners alongside Peter MacKay, co-founder of the Conservative Party of Canada and a long-serving cabinet minister during Stephen Harper’s reign as prime minister.

Mr. MacKay did not deliver a concession speech that night; rather, he posted a brief tweet congratulating Mr. O’Toole and urging the party to unite under the new leader.

Mr. MacKay had visited Little Current at the beginning of August to win the votes of the area’s Conservative Party members. Despite these efforts, voters in Algoma-Manitoulin-Kapuskasing (AMK) gave him the lowest support of all four candidates.

Nationally, Mr. MacKay won the first-round ballot, followed by Mr. O’Toole, Ms. Lewis and Mr. Sloan, who was eliminated based on his fourth-place finish.

The party used a ranked ballot, so those who ranked Mr. Sloan as their first choice had their votes transferred to their second-choice candidate, if they selected one.

In AMK, the transferred votes from Mr. Sloan’s voters brought Ms. Lewis to within one vote of Mr. O’Toole. Nationally, Mr. O’Toole edged into first place, followed by Mr. MacKay and then Ms. Lewis.

Despite her strength in this riding, Ms. Lewis dropped off the ballot nationally after the second round. Her votes ran off to the next-preferred candidates; 17 to Mr. MacKay and 53 to Mr. O’Toole.

AMK Conservative riding president Jib Turner, who hosted the Little Current gathering at his home and had named Mr. MacKay as his favourite candidate, said he hoped Mr. O’Toole would spend the coming weeks expanding his name recognition to the level of Mr. MacKay.

“(Mr. O’Toole) is a very capable fellow; he’s probably got a fairly good team around him and we’re all going to work together to see if we can win this riding for him,” Mr. Turner said on Monday.