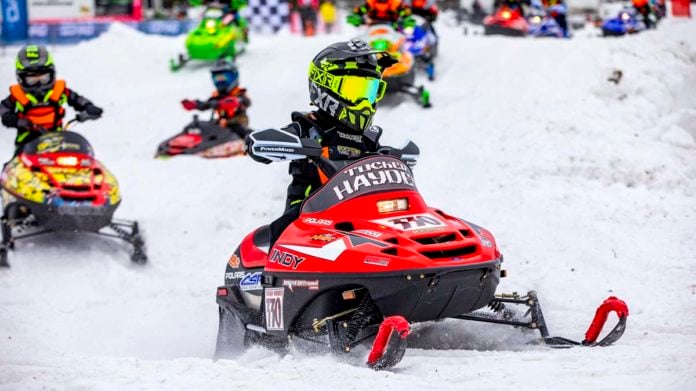 ESPANOLA—Two Espanola youngsters, with family ties to Manitoulin Island, have each won the championship in their age class in the Canadian Snow Cross Racing Association (CSRA).

“Basically, they have races virtually every weekend during the season with some races being held over two weekends,” said Ms. Hayden. The two boys had their first race in December, and their final race of the season took place on the first weekend in April.

“We live in Espanola and my husband Brad is originally from Little Current,” said Ms. Hayden.

Nash Hayden is eight years old, and his brother Tucker is six years old. “They have been riding snowmobiles since they were two-years-old, and started racing when they were four.”

“They both love racing,” said Ms. Hayden, who explained they have a snow cross track on their property. “Brad works very hard for his boys; he built the track and he is out fixing it all the time. That’s all the boys do all winter.”

Their team is sponsored by Royal Distributing and Trail Side Sports in Espanola.