NORTH BAY—A representative of Northwatch is pleased the federal environment minister has put a halt to a proposal to bury radioactive wastes right beside Lake Huron. Instead, the minister has called on Ontario Power Generation to conduct additional studies on the plans.

“This is good news,” stated Brennain Lloyd of Northwatch. “Every day a deep nuclear waste dump is not created is a good day.”

“I’ve also read the news that Ontario Premier Kathleen Wynne says Ontario will be looking closer at the science of burying nuclear waste near Lake Huron,” said Ms. Lloyd. “She has said it is better to be safe than sorry on the proposed southwestern Ontario nuclear waste dump.”

“The federal minister would have to do a lot of work to reject this,” said Ms. Lloyd, “but now they have taken the first step towards that. And the province can pass a directive to the OPG (Ontario Power Generation) to stop it, and they should.”

Federal Minister of Environment and Climate Change Catherine McKenna issued direction to OPG last week to carry out additional studies to support their request for an approval of a controversial plan to bury radioactive wastes right beside Lake Huron. The minister has determined that more information is required before she can make an environmental assessment decision.

“This is a good decision,” said Ms. Lloyd, project coordinator with Northwatch. “It points out some of the key failings of the OPG’s environmental assessment study, and signals that the minister is not satisfied with the conclusions of the Joint Review Panel who reported to the Harper government last year. The minister needs to take charge of this file, and it certainly looks like she is prepared to do that.”

Ms. McKenna had previously extended the timeline for issuing a decision statement on OPG’s proposal to bury up to half a million cubic metres of radioactive waste beside Lake Huron March 1, after the previous government delayed their own pre-election deadline to just weeks after their successors, the new Liberal government, came to office.

OPG’s proposal was to bury 200,000 cubic metres of low and intermediate level waste produced during reactor operations deep underground in a series of underground caverns carved out of limestone.

The proposal faces large and growing public opposition. One hundred and eighty-four municipalities representing more than 22 million people have passed resolutions opposing OPG’s proposed waste repository. On November 5, 2015, a bipartisan group of six US senators and 26 US representatives from a number of Great Lakes states wrote to Prime Minister Justin Trudeau urging him to block the deep geological repository.

Speaking in London on Friday, Ms. Wynne said she wants to make sure the burial of nuclear waste is safe for the environment and for residents near the proposed underground vault in the Kincardine area of the Bruce Peninsula, in the shadow of the world’s largest operating nuclear plant.

OPG has said no better location can be  found for the burial vault, which would be about the size of a big-box store and would be located in dense limestone unchanged for 400 million years. 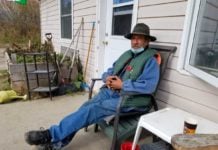