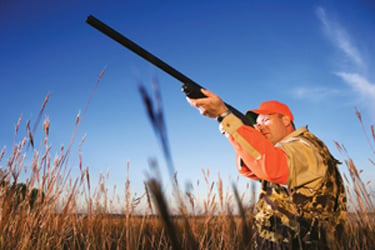 Conservative MP Candice Hoeppner (Portage-Lisgar) spearheaded a private member’s bill in the previous minority government, but the bill died in parliament when several NDP and Liberal MPs, including Algoma-Manitoulin-Kapuskasing MP Carol Hughes, changed position on the issue and voted against the bill.

For Ms. Hoeppner, it’s very satisfying to know the bill, reintroduced this time by the Conservative party, will make it through.

“I feel very gratified to see the bill come forward, knowing it is something our constituents want,” she told The Expositor. “I am happy knowing it is going to pass.”

The bill would dismantle the long-gun registry entirely. Owners of long-guns would no longer have to register the weapon and current records would be destroyed. Ms. Hoeppner was quick to note this does not mean just anyone can purchase a long-gun.

For Ms. Hughes, seeing the bill reintroduced to parliament evokes mixed emotions. The MP said she believes the long-gun registry “had its issues,” but felt that modifying the current registry is more useful than abolishing it entirely.

When Ms. Hoeppner introduced her bill in the previous government, Ms. Hughes was one of the people who voted to support the bill.

“We voted to pass it to committee so the bill could be examined, discussed and changes recommended and made,” she said. However, when the bill returned to parliament, no changes had been made.

“After listening to all the information provided to the committee, I felt it best to vote against the bill,” Ms. Hughes recalled. She was one of six NDP MPs to change their vote on the long-gun issue. The changed votes were crucial to the failure of the bill.

With issues like the long-gun registry, which resonates so strongly in ridings like Algoma-Manitoulin-Kapuskasing, listening to and honouring the wishes of her constituents becomes difficult.

“I do listen to the people in the riding,” she said. “Sometimes we all don’t see eye to eye, we just try to find common ground and move on.”

She said her stance on the issue hasn’t changed.

“The provinces want access to the data,” she explained. “The first time, I voted the bill through to committee because I wanted to hear what both sides had to say. It became very evident that the registry needed to be kept.”

She said she had hoped changes would be made to the registry instead of scrapping it.

With a Conservative majority it is very likely that the bill will make it to committee by next week, Ms. Hoeppner told The Expositor.

“It’s safe to say it will be done very quickly,” she said, though she wouldn’t provide a timeline.

Several organizations, such as the Police Chiefs of Canada, and special interest groups, like the Gun Control Coalition of Canada, have voiced their opinions on the long-gun registry issue.

Both parties cite information they say prove the long-gun registry is a useful tool for law enforcement agencies and an effective force in reducing domestic violence.

“Since the bill came into effect in 1997, spousal violence is down roughly 50 percent,” Ms. Hughes said. “Weapons like long-guns are often used as tools of intimidation, too.”

Ms. Hoeppner disagrees with the findings.

“Even the Attorney-General said there is no evidence to support the idea that the long-gun registry reduces crime and violence,” she said.

She said that in speaking with front-line police officers, the Conservatives feel comfortable in stating the police don’t use the long-gun registry as often as it’s claimed by special interest groups.

“Front-line officers tell us they always approach an incident expecting weapons because the information in the registry is often incomplete or just wrong,” she said.

Ms. Hoeppner said statistics that show a decrease in weapons violence can’t be specifically tied to the registry, because there could be multiple factors leading to the decrease.