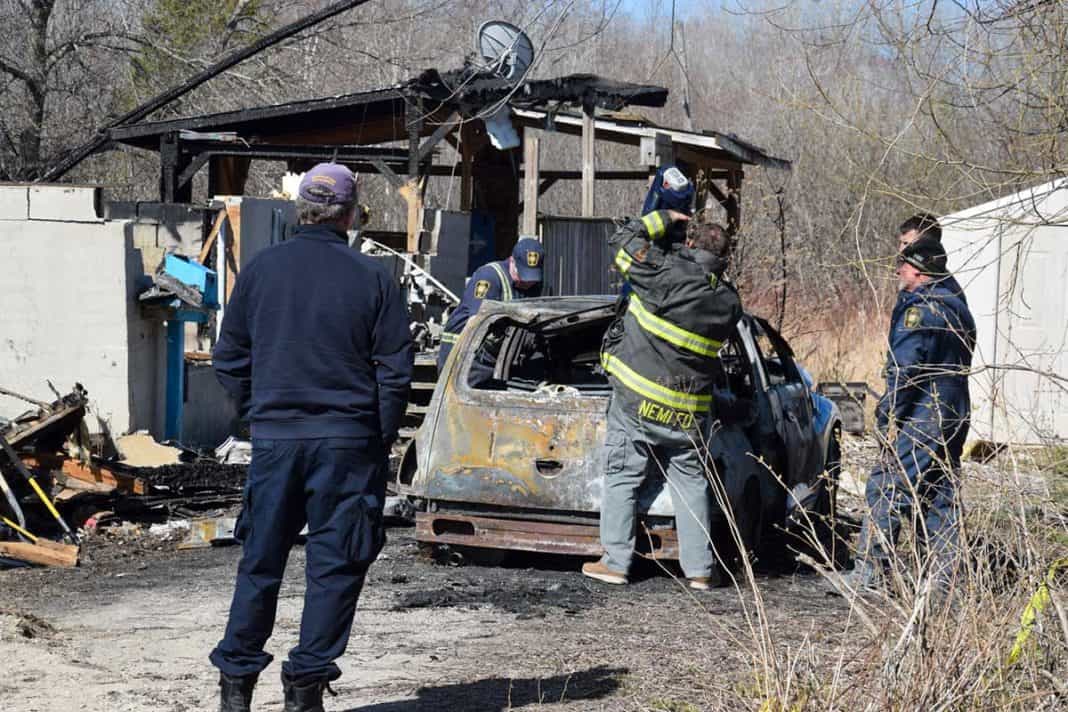 SHEGUIANDAH – Alison Aguonie had a heartbreaking phone call to make last Wednesday morning after watching her brother’s Sheguiandah First Nation home burn to the ground. Her brother, Robert Manitowabi, is currently away at school but was due to return home for a few days—now his home has been reduced to a pile of charred wood and blackened concrete.

“We are working on finding him a place to stay while he is home,” said Ms. Aguonie. “He was quite emotional when I called him.”

The home, which was not insured, was completely destroyed in the early morning blaze.

According to a press release from UCCM Anishnaabe Police Service, on April 21 at approximately 3:45 am the fire occurred at 133 Ge Teh Miikan in Sheguiandah First Nation.

The Northeast Town fire department was called to the scene and quickly extinguished the fire. The blaze was contained to one residence and a vehicle in the driveway. Mr. Manitowabi was not at home at the time of the fire and there were no injuries. The start of the fire is still under investigation, but arson is the suspected cause.

While on scene, officers were advised that an adult male had been seen leaving the area on foot just after the fire had started. According to the press release, “further information provided indicates that an adult male openly admitted to starting the fire in the residence and vehicle. Officers attempted to locate the male, however received further information the individual left Sheguiandah to avoid arrest. In the interest of public safety, a warrant for his arrest is being sought.”

“Thanks to the community coming together and providing information to the police,” said Ms. Aguonie. She explained that many members of the community, including herself, have ties to the home. “A lot of kids in the community stayed there when they could not handle being at home,” she said. “There were ball games held next door and a lot of celebratory parties took place there following games. This loss really touches a lot of people in the community.”

A 30-year-old male of Sheguiandah First Nation has been identified and faces charges of two counts of arson, under Section 434 of the Criminal Code. The suspect’s name was not released as of press time Monday due to the information not yet having been sworn into the court process.

The investigation into the incident is ongoing. It is believed this is an isolated incident involving a land dispute and there is no further danger to the general public at this time.

A gofundme account has been set up for the victim at gofundme.com/f/fire-destroys-roberts-house-on-manitoulin-island.