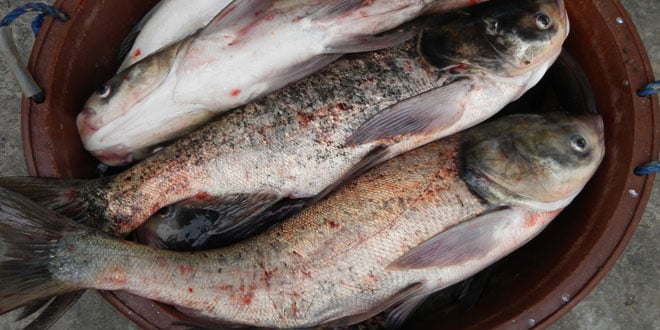 OWEN SOUND—The Minister of Fisheries and Oceans (DFO) told a meeting in Owen Sound last week that the federal government has to remain vigilant in the fight to prevent Asian carp from becoming established in the Great Lakes.

Minister Gail Shea, along with MP Larry Miller (Bruce-Grey-Owen Sound), met with representatives from local sportfishing groups and the Ontario Federation of Anglers and Hunters (OFAH) for a roundtable session on Asian carp last Friday.

Ms. Shea reiterated the concrete steps the government has taken to address the threat including the up to $17.5 million in funding made in 2012 to protect Canada’s Great Lakes from the threat of Asian carp. She noted that those funds were allocated over five years for the prevention, early warning and management of this potentially destructive invasive species.

Both Minister Shea and MP Miller reiterated that the government of Canada takes the threat posed by Asian carp very seriously and has undertaken a number of measures to help prevent their introduction into the Great Lakes. The minister committed to the completion of new requirements that would prohibit the import, transport and possession of live aquatic invasive species in Canada including Asian carp.

“Our government has taken important steps to prevent and mitigate the risk of Asian carp entry into Canadian waters,” said Ms. Shea. “Thus far, our efforts have helped prevent the species from becoming established in the Great Lakes basin and we must continue to remain vigilant in these efforts.”

“The communities of Bruce-Grey Owen Sound, and indeed all the communities around the shores of the Great Lakes, have a vested interest in ensuring the threat of Asian carp is mitigated and that concrete steps are taken to protect the economy and interests of the region,” said Mr. Miller.

The Ontario Ministry of Natural Resources (MNR) has reported that Asian carp, which had originally been transferred from Asia to North America in the 1960s and 1970s, prefer cool to moderate water temperatures like those found in the Great Lakes. And if they become established, they could eat the food native to fish in the Great Lakes and crowd them out of their habitats, causing significant damage to the sports and commercial fisheries.

Ms. Shea told the meeting that all species of carp, including bighead, silver, grass and black carp, are not yet in Canada. It was also pointed out that since 2005 it is illegal to possess live Asian carp in Ontario. The carp have earned the nickname ‘zombie fish’ because they are known to appear dead but revive after being out of water and on ice for a couple of days. As a result, the province is working to pass a law that would only allow gutted Asian carp into Ontario, and the minister pointed out the federal government is working on similar regulations. 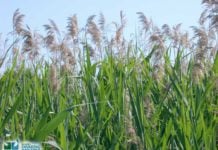