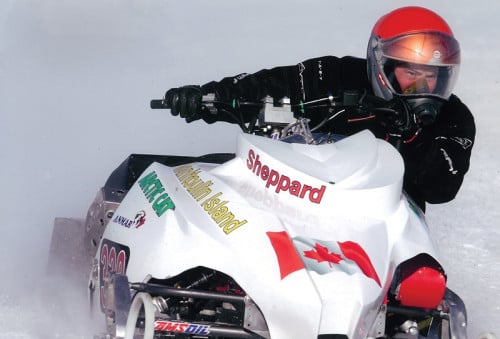 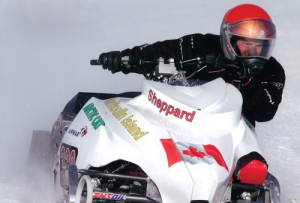 with files from Sharon Jackson

MANITOWANING—In just a few days, snowmobile and race enthusiasts alike will be flocking to the Manitowaning race track, beside the arena, to watch amateur and professional snowmobile racers roar around the oval.

Volunteers have been hard at work building up the race track, and while Mother Nature hasn’t been the friendliest to them, she’s co-operated enough that the track should be in good shape come Friday, February 3, when teams start to practice.

Dorothy Chapman, president of the Southeast Manitoulin Lions Club, is leading the pride of fellow volunteer Lions who are organizing the event. The money raised through the races will go to the club, which in turn allows the club to help fund people in the community.

It’s the second year for the event, which was successful last year despite the biting, minus 35 degrees Celsius temperatures.

“People come from everywhere to see the races,” Ms. Chapman said. “From next door or far away.”

On Saturday, February 4, the event will feature single-cylinder snowmobiles races. There will also be a celebrity side-by-side race—look out for The Expositor’s editor, Alicia McCutcheon and circulation manager Marilyn Harasym—on Saturday afternoon.

Passes are $20 a day, or $30 for the entire weekend, Ms. Chapman explained. Children 12 and younger can enter the grounds for $5, but must be accompanied by an adult. Tickets can be purchased at the gate, or ahead of time at Muskie Widows’ Tavern in Manitowaning, Shaw Farm Supply in Mindemoya, 100.7 The Island in Little Current, Fogals of Manitoulin in Gore Bay and Manitoulin Chrysler in Mindemoya.

One thing that’s changed this year, Ms. Chapman said, is that the event has been forced to add a ‘no dogs’ rule.

“If one animal slips its leash and gets onto the track, at the speeds they’re going, people will get hurt,” she said. “Or the dog might get spooked and bite someone. So leave your canine friends at home.”

Guide dogs are exempt from this rule.

Sunday will feature racers sanctioned by Eastern ProTours, including Jacques Villeneuve Sr., father to Formula 1 racer Jacques Villeneuve. The professional motorcross racer started on snowmobiles and has raced them throughout his career, adding to his car-racing career.

People who are interested in racing on Saturday need to register online at http://www.eptracing.com/en/registration.php by 9 pm tonight, Wednesday, February 1.

In addition to the races, Sudbury’s country star Larry Berrio will perform a concert on Saturday night.

Mr. Berrio said he was excited to play at the races, as he’s a snowmobile racer himself.

He became involved in oval track racing through his sponsorship with Polaris and Mid City Motors in Sudbury when he attended a show last year called ‘The Big Deal’ where a snowmobile was given away as a prize.

Mr. Berrio, through his connection with Kelly Timmermans (from 100.7 The Island) led to a phone call to race organizer and Lions Club member Harold Clarke. Together, they put together a singing engagement for Mr. Berrio during the two-day event.

“Let’s do something on a relatively small scale this year and if it goes well, do it again next year on a larger scale,” he said.

Mr. Berrio performs his acoustic show following a pasta dinner at the Curling Club on Saturday evening. Tickets are $25 each for the dinner and dance. Contact KT at 100.7 the Island at 705-368-1419 for details.

For more information about the races, visit www.manitoulinprochallenge.com.

Kudos to Mayor Chapman for taking the OPP boathouse to task