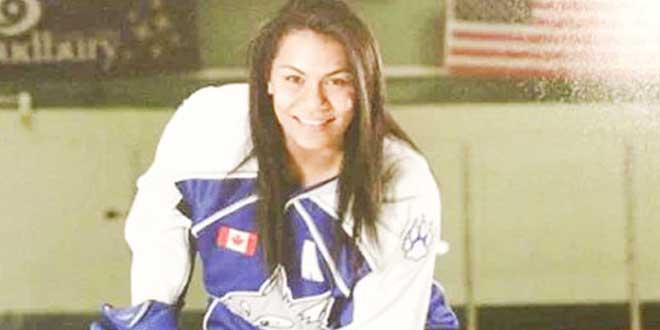 SUDBURY—Sudbury Lady Wolves loss is the Rochester Institute of Technology of New York’s gain, as forward Victoria Pitawanakwat will be playing for the Tigers, the US college team’s Division 1 hockey team, when school starts this fall. In fact, she will be heading down to start camp in August.

Ms. Pitawanakwat began her hockey career with the Manitowaning Tykes, where she lived up until Grade 8, graduating to play for the Ice Angels. “I used to travel to Sudbury to play for the Lady Wolves,” she said, but moved to live with her grandparents in Sudbury when she attended high school and began with the midget double A Lady Wolves team.

Ms. Pitawanakwat was singled out by the scouts for the Rochester school while she was playing at a showcase tournament in Toronto. “There were a lot of scouts who used to come to our games too,” she said. Her scholarship to the school is based on financial aid. The school does not offer sports scholarships but Ms. Pitawanakwat is also very excited about her scholastic program.

“I will be studying international business,” she said. She hopes to learn to speak Mandarin Chinese along with her other business studies.

Ms. Pitawanakwat will probably do pretty well in international business, judging by her style of play in hockey. Asked if she is an aggressive player she laughed. “Yes, that is what people would describe it as,” she said.

The dynamic hockey player’s brother also lives with her grandparents and plays hockey in Sudbury, but the siblings come by it honestly. Their father, Jeff Pitawanakwat, also played college hockey while he was going to school.

Ms. Pitawanakwat said that she was very proud of gaining her place on the Rochester team, but that she owed a lot to the support that she has received along the way. “My parents, my grandparents, my teammates and my coaches, they have all been so great in their support of my dreams,” she said. “I can’t thank them enough.”

Division 1 hockey is the highest varsity level of play in the US. 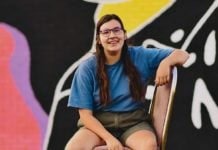