GORE BAY – A GoFundMe campaign for the family of Brianne Thomson of Gore Bay, who passed away in a single vehicle accident earlier this month, has surpassed its fundraising goal of $10,000.

The GoFundMe page, created by Christine Clairmont, Gillian Joseph and Sarah Chartrand on April 19, states, “as some or all of you may know this beautiful girl has passed away over the weekend in a fatal car accident. Brianne was many things to so many people, but first and foremost she was a loving mother. This weekend her son Brock has suffered a great loss, along with our family. Brianne has left behind her son, her mother, two sisters and her fiancé, Justin.”

“Brianne was a kind soul with a huge heart. Her spirit and laughter will be greatly missed by anyone who knew her. Since the accident did not happen in Sudbury, we are trying to raise money to bring Brianne home,” they stated. “We are also looking for some help with funeral expenses as this was a sudden, unexpected death. Seeing past the immediate costs, we’re asking for some donations to help Brock in his future. No child should have to lose a parent at such a young age. It’s absolutely heartbreaking. So, during these hard times, we are asking for some help. It doesn’t have to be a lot. Every donation is one step closer to reaching our goal and having Brianne home with us. Thank you so much.” 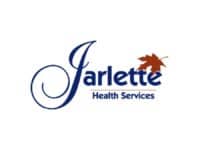