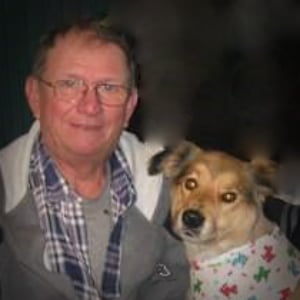 GARNET PEARSON
In loving memory of Garnet Pearson of Sudbury, who passed away peacefully with family by his side on Friday, June 14, 2019 at Health Sciences North at the age of 71 years. Loving husband for 46 years to Christine Pearson (nee Walli). Cherished father to Lorna (Craig) and David (Katherine). Proud grandpa of Brooklyn, MacKenzie and Haley. Dear brother of Osbourne, Linda, Robert, Sharon, Mike (predeceased), Jim, Keith, Carol, Larry and their significant others. He will also be remembered and sadly missed by his many aunts, uncles, cousins, nieces and nephews especially his niece Norma (Mike) and his four-legged buddy Jenny. Special brother-in-law to Marion (Armand) and Gladys (Marcel). Born on February 19, 1948 in Spring Bay, ON to the late Stanley and Viola Pearson (nee Gilchrist). Garnet worked as a miner with Falconbridge and retired with 30-years of service. He was an avid hunter, fisherman and card player. He will be missed by his buddies from the Buckeye Hunt Club, his Tuesday night poker gang and by his friends at the Lewis farm where he enjoyed helping around the farm. After he retired, he was often found at the arena as a hockey fan or trainer. In lieu of flowers, donations in Garnet’s memory may be made directly to PetSave and would be greatly appreciated. Arrangements have been entrusted to Ranger’s Cremation and Burial Services Ltd. Online condolences can be posted at www.RangersSudbury.com.